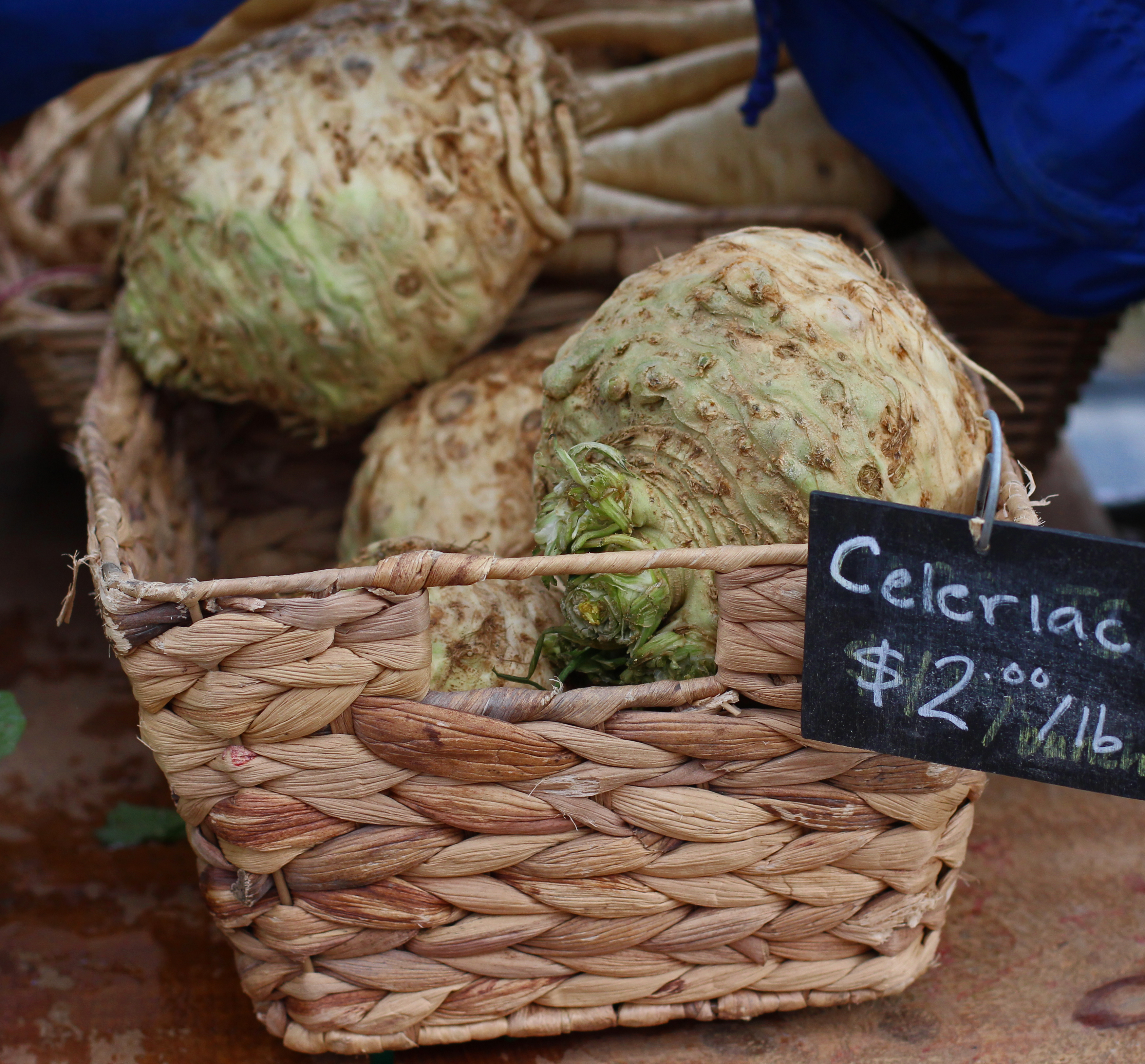 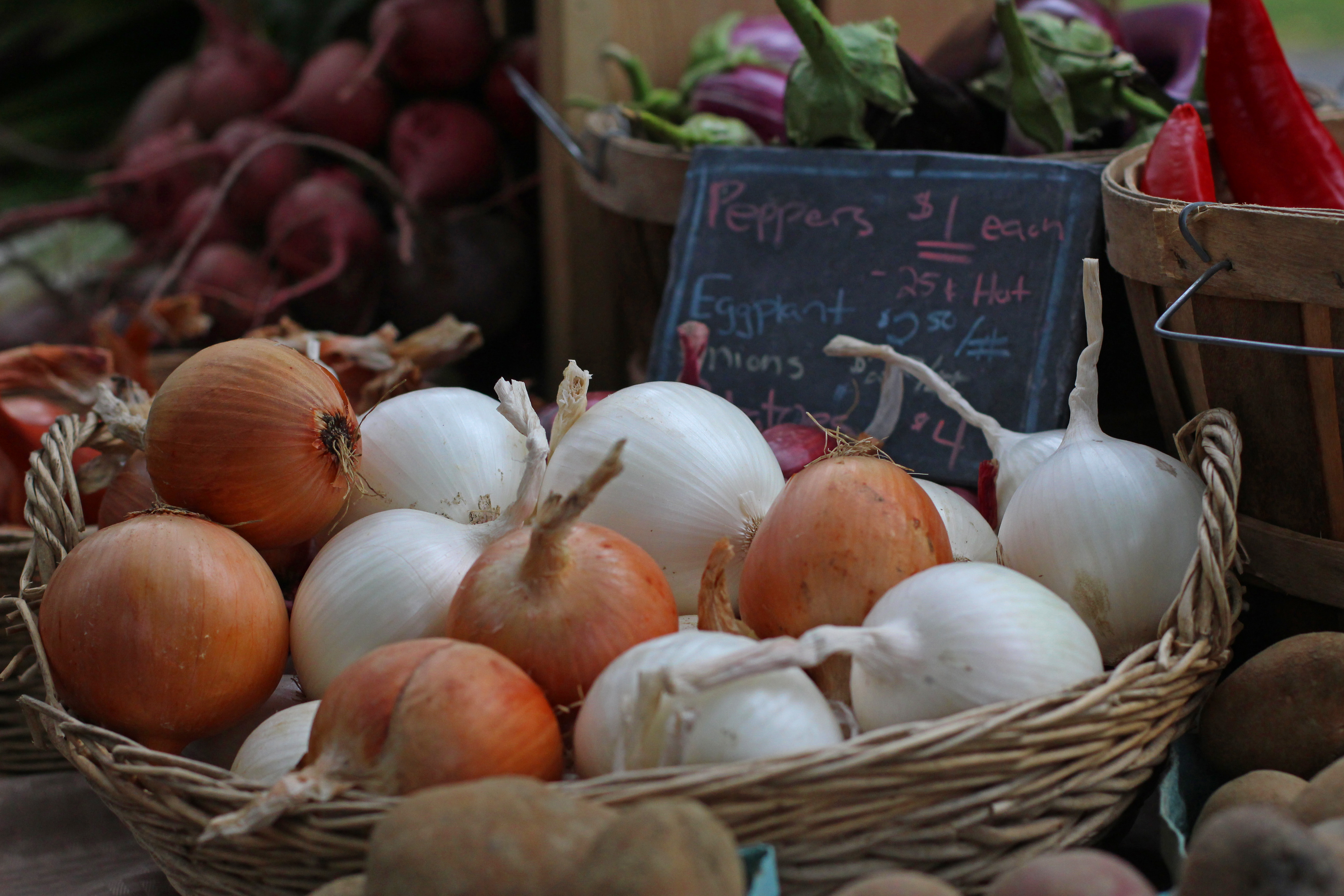 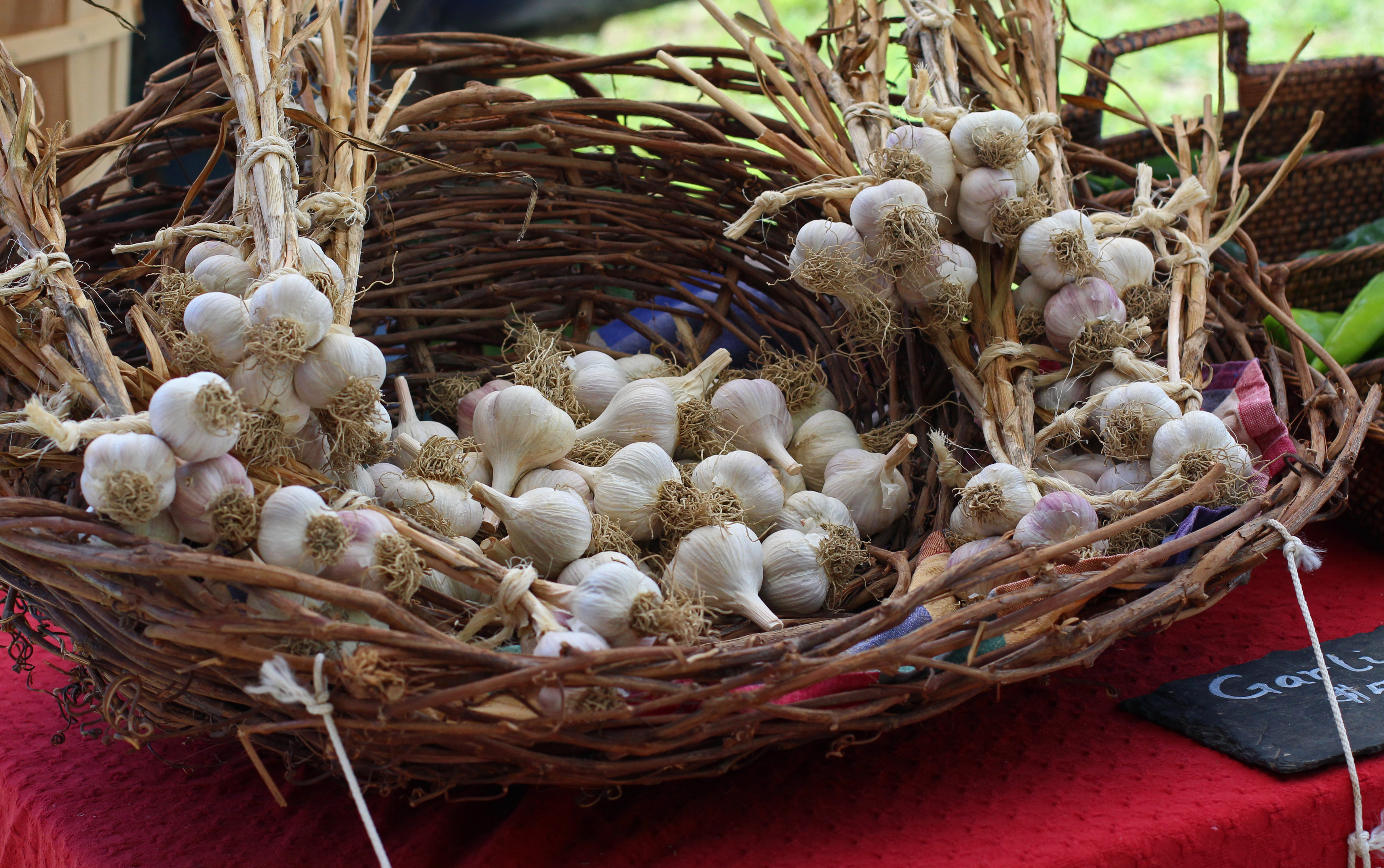 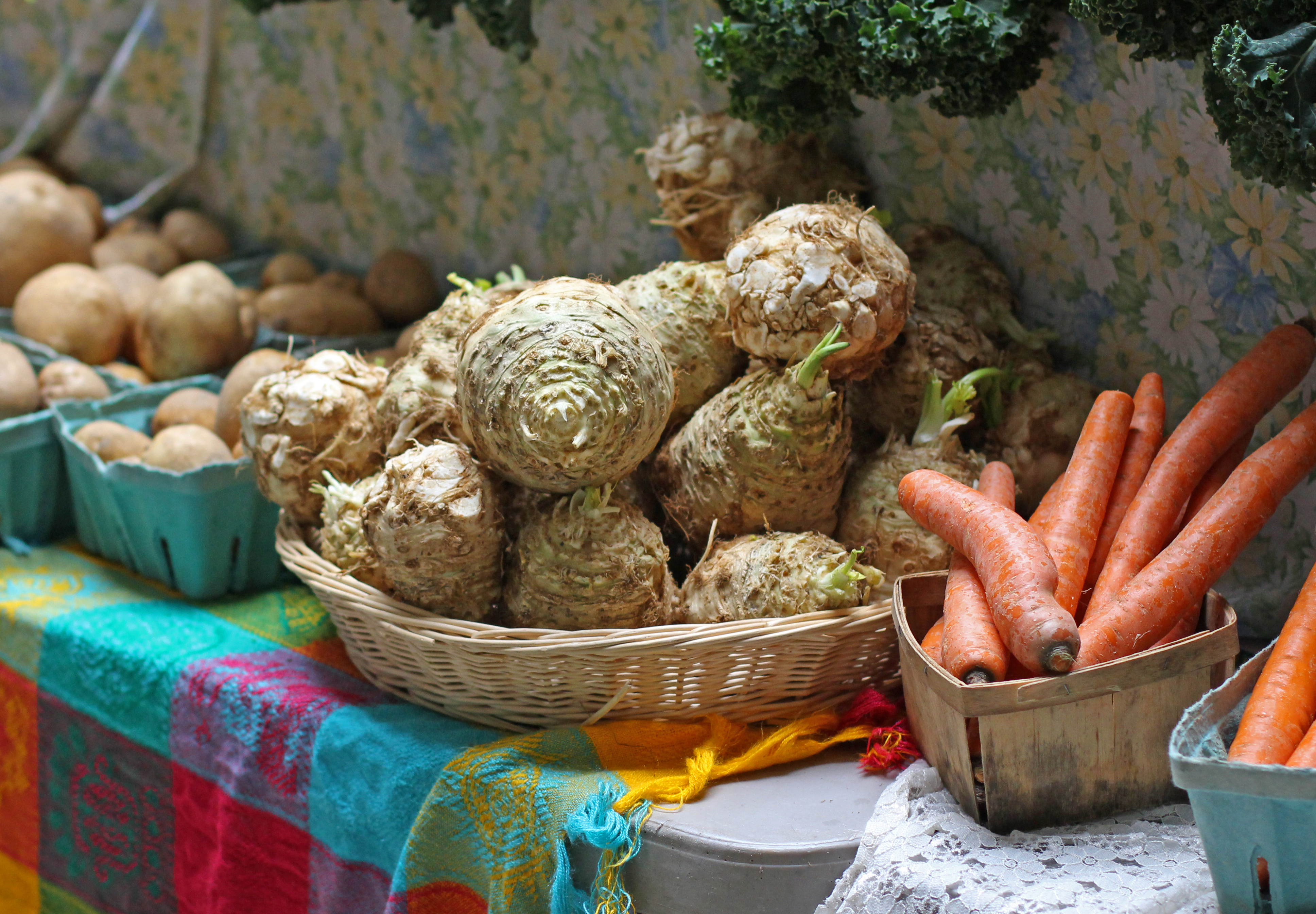 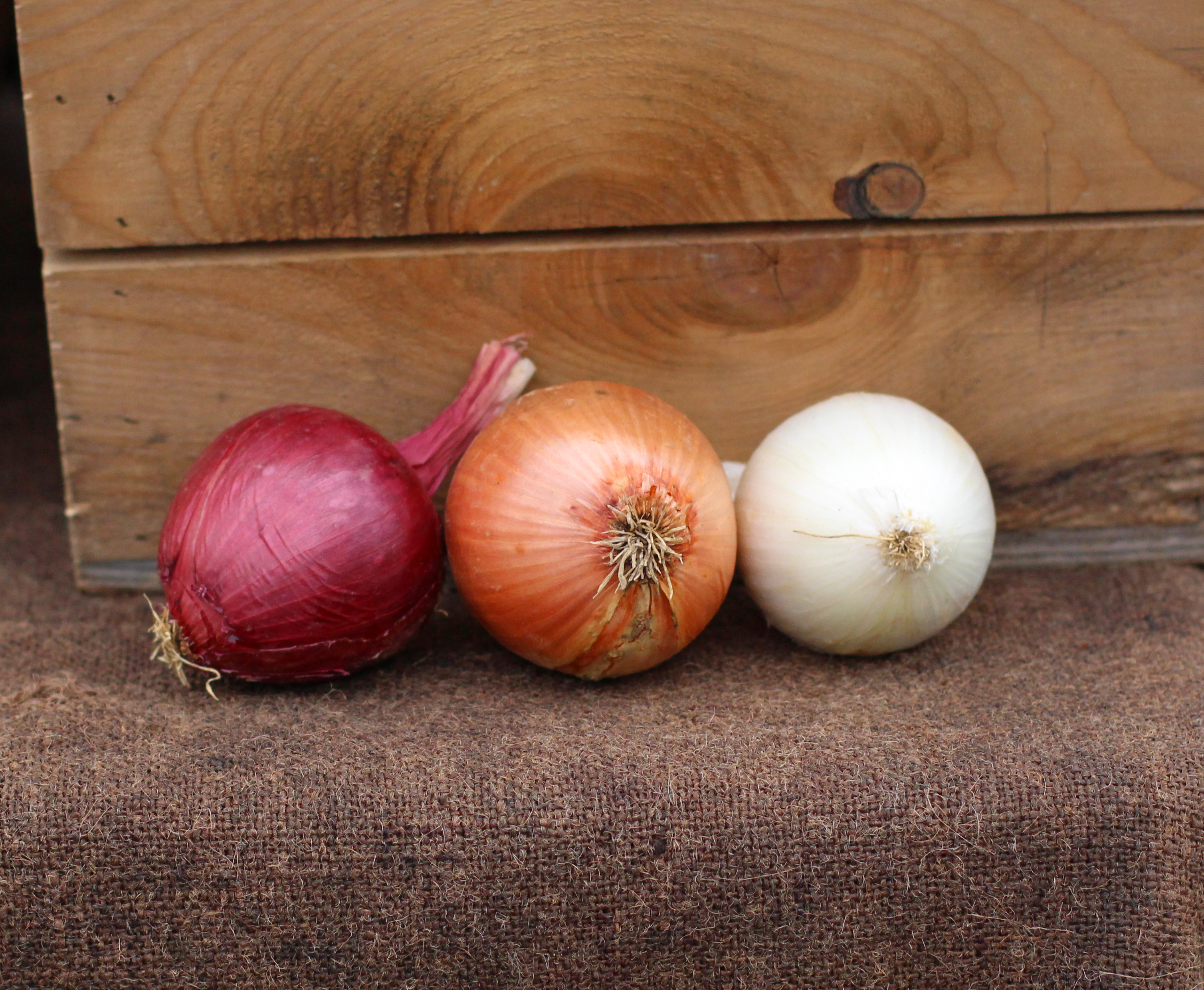 We did our research, and frankly, we couldn’t find a straight answer. Not that a straight answer really matters. So we’d like your input. Tell us what you think makes a chowder a chowder.
As you’re mulling this challenge, consider these thoughts and recipe from Dave DeLozier, slow food and locavore advocate, who was cooking up a tantalizing Monkfish and Mac ‘n Cheese Chowder earlier this week at  Moby Rick’s Seafood Shop on Lake Avenue. (Moby Rick’s is the retail outlet for Saratoga Farmers Market vendor Pura Vida.)

“A chowder is essentially a soup,” said DeLozier, adding that in fishing traditions, “a chowder is a warming meal which is made from what people had on hand.” What distinguished a chowder from a soup was primarily texture. There is no puree in a chowder. It’s a hearty meal in and of itself, characterized by a soup that contains “chunks of things.”

Instructions
Melt butter in a soup pot.
Add garlic, onion, and celeriac and allow to sweat over low heat in butter, about 6-8 minutes.
Add white wine and cook until liquid reduces by half, then add flour, fish stock and fish.
Lower heat and simmer, stirring occasionally.
While fish is cooking, cook dry pasta in a separate pot until al dente, and drain.
Add cooked pasta to chowder along with cheese, cream and seasonings. Stir until cheese is melted and serve.