Did you know that bones are food?

Such a thought never crossed my mind, until I began thinking about how to eat more sustainably through uses of “the whole animal.”

For me, letting little go to waste is important. My parents – Hindu immigrants from India – have been vegetarian for life. My choice to eat meat therefore comes with care, particularly for the animal whose life was sacrificed.

Many meat vendors at the Saratoga Farmers Market show respect for animals by raising them in an environment that supports their natural behaviors. This care results in tastier and healthier meat. But care for animals can extend further, when one starts to look at parts that go to waste as food.

David DeLozier, who cooks for Moby Rick’s Seafood, the retail outlet of the market’s Pura Vida Fisheries, explains how bones are food by making soups that start with stock, made from two ingredients: bones and water. While one can make good soup with vegetable broths, bones offer a nutritious option.

“With fish,” he says, “save the parts you don’t normally eat.” This might include the bones, the heads, the tails, the outer shells of such fishes as lobster and shrimp. “Throw them in a pot. Add water and let them cook at a low heat for a long time.”

What applies to fish also works for poultry, pork, goat, lamb, mutton, and beef. DeLozier recommends root vegetables such as carrots, celeriac, onions, parsnips, and kohlrabi as ways to enhance the flavor of a stock. He guess-timates the cooking time as eight hours, minimum. “The liquid, when it cools, should congeal. It should have a gelatinous quality.”

The long simmer pulls micronutrients from bones and in the case of fish parts such minerals as copper and zinc. “These are traditional home arts,” DeLozier says. “We’ve lost them because we’re in a rush. We seek faster, easier solutions.”

My life is a rush. Yet, I have begun to end more meals by cooking down the bones. I heat a pot of water and let the bones simmer for a few hours. I turn off the heat, go to sleep, and resume the cooking the next day. Gradually, I create stock.

DeLozier calls this “slow food,” traditional cookery with fresh and local foods. With slow food, he says, “we gain flavor, respect, and nutrients. We slow down.” 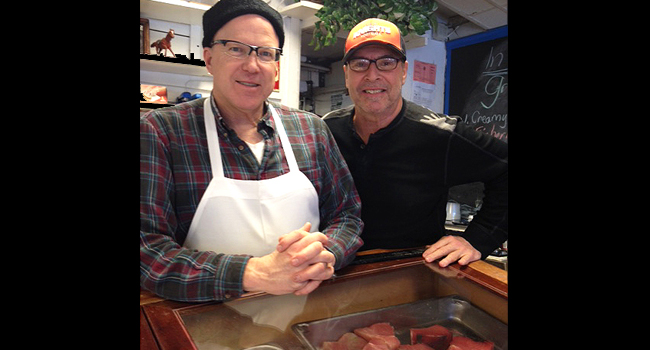 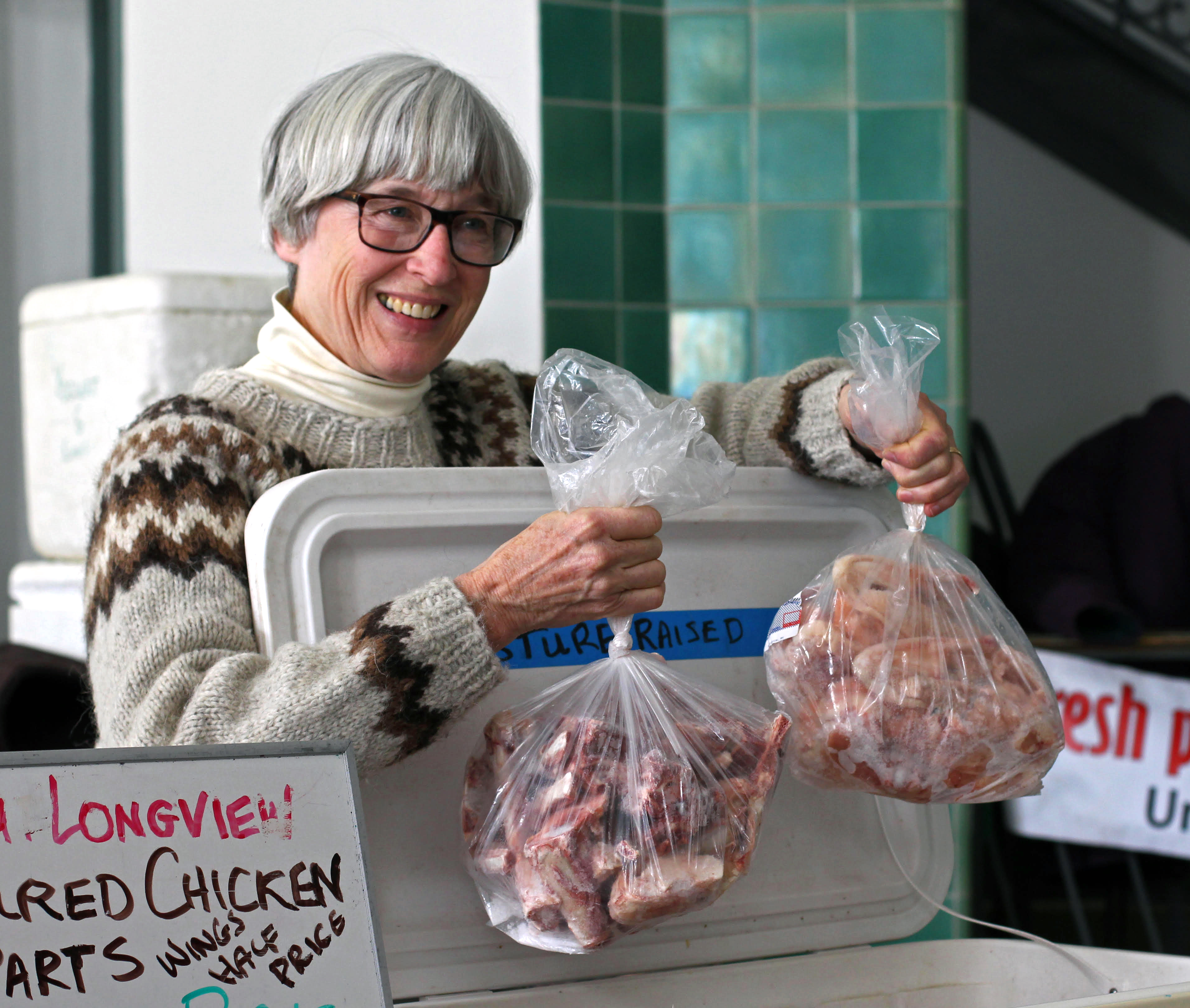 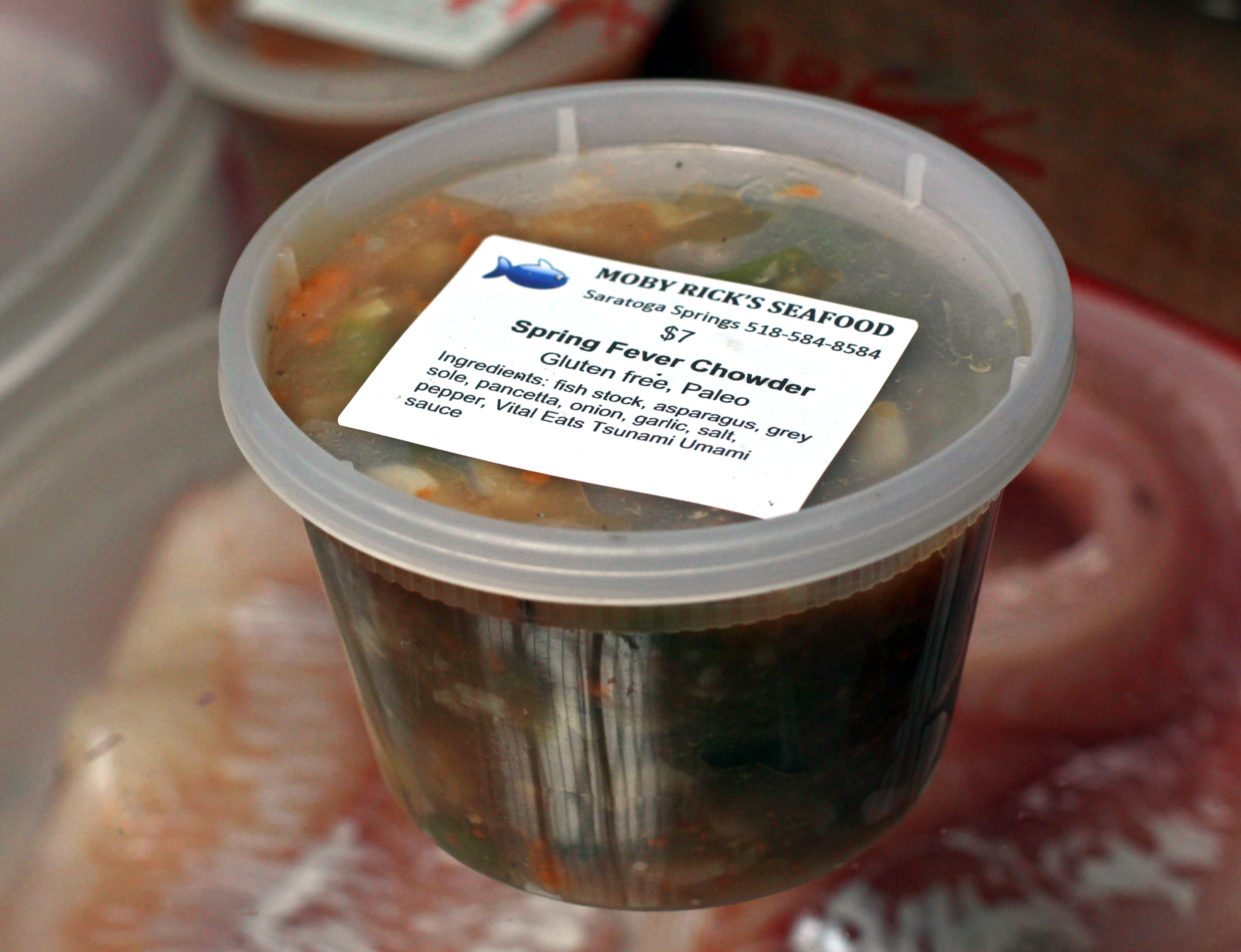 How to Make Chicken Stock

After cooking and consuming a whole chicken, use the bones and any leftover parts of the carcass to make a flavorful and nourishing broth. Whole chickens and seasonal vegetables may be purchased at the Saratoga Farmers’ Market.

1. Place chicken bones and carcass in a large pot, and cover with at least 8-10 cups of water.

2. Heat until water is hot but not quite at a boil.

3. Lower heat, and cover. Simmer for at least 8 hours. You might need to add water periodically.

4. About half-way through the cooking, add chopped carrots, potatoes, turnips, and other root vegetables, if desired. Continue to cook slowly.

5. After 8-10 hours, turn off heat, and allow pot to cool to room temperature.

6. Strain vegetables, bones, and other solid matter from liquid and store liquid in Ball jars or other airtight containers in refrigerator until ready for use.

You can make this broth in a crockpot or electric slow cooker, as well. Simply put the bones and carcass in the slow cooker dish, cover with water, cover and set to the lowest heat setting. Cook for 8-10 hours, adding root vegetables about halfway through, and straining and storing as instructed above.