Growing Community: the Impact of the Saratoga Farmers’ Market

Saratoga area residents will have an opportunity to sample locally grown foods and to get to know some of the farmers who produced them at a free public forum, “Growing Community: The Impact of the Farmers’ Market on Saratoga,” which will take place from 4-6 p.m. Sunday, March 23, SUNY Empire State College, 2 Union Ave., Saratoga Springs.

Tastings of market foods prepared by Parkside Eatery will begin the program. Parkside’s creations will feature food now available at the Saratoga Farmers’ Market’s winter market, which takes place every Saturday on the grounds of the Saratoga Spa State Park at the historic Lincoln Baths.

A moderated panel discussion on the economic, environmental, and social benefits of farmers’ markets will follow the tasting.

Each panelist will answer questions from moderator Sadie Ross, director of environmental sustainability at Empire State College, about shopping and selling at the market; then she will open the forum to questions from the audience. 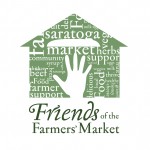 “We hope everyone knows that the Saratoga Farmers’ Market provides fresh and delicious foods,” said Liza Porter, owner of Homestead Artisans at Longview Farm and member of the Saratoga Farmers’ Market Association. “What we are aiming for with this program is to bring to light some of the other benefits of shopping at the market, such as growing a sense of community, keeping our dollars local, and conserving clean water and open space across upstate New York.”

Farmers scheduled to participate on the panel include:

Customers scheduled to participate on the panel are:

SUNY Empire State College, a public institution of public higher education with global reach, recognizes the need to play a leading role in the movement towards a more environmentally sustainable world.

The college’s environmental sustainability committee fulfills the goals of the college’s strategic plan by working to create a more sustainable college with a smaller carbon footprint and broader course offerings in sustainability.

With more than 20,000 currently enrolled students, 70,000 alumni and 1,500 employees at nine international sites, 35 locations throughout New York state and online everywhere, the college’s students, faculty and staff work within their communities to foster positive change.

Skidmore College is committed to environmental action. Skidmore’s intention is reflected in its Strategic Plan, which states that Skidmore will “develop, broaden, and deepen the College’s connections to the local community; enhance our ability to function as a socially and environmentally responsible corporate citizen,” and “make the Skidmore campus an environmental laboratory, increase our emphasis on responsible planning for sustainable operation and continue efforts to reduce the College’s ‘environmental footprint’.”

Actions speak louder than words, and Skidmore’s actions are loud and clear. From the 30 buildings on campus that have geothermal heating and cooling systems, to the hiring of sustainability staff members, Skidmore is making a clear effort toward environmental action. The college’s website includes information not only about the sustainability initiatives that are happening at Skidmore, but also about improving green living habits and participating in campus greening events.

Established in 1978, the Saratoga Farmers’ Market is open year-round to bring farm-fresh, locally-produced food, plants, and crafts to the community. During the winter, from November through April, the market is open every Saturday from 9 a.m. to 1 p.m. in the Saratoga Spa State Park inside the Lincoln Baths building, 65 South Broadway. During the warmer months, from May through October, the outdoor market is held on Wednesdays from 3 p.m. to 6 p.m. and Saturdays from 9 a.m. to 1 p.m. under the pavilions in High Rock Park on High Rock Avenue, a short walk east of Broadway and the Saratoga Springs City Center. Items sold year-round include seasonal produce, meat, poultry, fish, dairy, eggs, baked goods, jam, honey, maple syrup, a wide variety of ready-to-eat and prepared foods, as well as décor, household, and gift items.

Saratoga Farmers’ Market Association maintains a “producer-only” standard for all of its markets, requiring its members to grow or produce their goods in Saratoga, Schenectady, Rensselaer, or Washington counties to ensure that products are fresh and unique, not purchased for re-sale. The market makes a few exceptions to this rule for foods not available locally, including fresh fish and mushrooms. By adhering to this standard, the market ensures that sales provide economic, ecological, and social support to local communities.