Did you know that many farmers are poets, too?

According to Philip Baruth, a professor at the University of Vermont, those who work outdoors with soil, the seasons, plants, and animals often sustain a body-mind connection that leads to what he calls “poetic wonder.” “It’s close contemplation of a small bit of ground, so you get into microscopic detail,” Baruth said in a 2013 interview with USA Today.

Baruth also noted that while Robert Frost – famed for his poem “Stopping by the Woods on a Snowy Evening” – often found such inspiration. While Frost “was not the world’s great farmer,” Baruth noted, “a lot of his poetry came out of that connection.”

You can read more about the connections between farming and poetry in the link to this USA Today article. Our own collection of local farming and farmers’ market inspired poems will appear in an upcoming edition of Saratoga Today. And, for now, here’s a poem from Wendell Berry that seems to capture the spirit of what food, farms, and the Saratoga Farmers’ Market represent best. Saratoga resident Jan Johnstone shared the poem with the Friends of the Market: 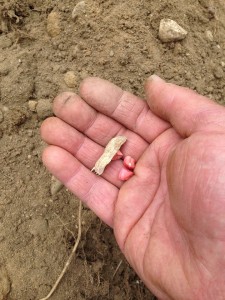 The Man Born to Farming

The grower of trees, the gardener, the man born to farming,
whose hands reach into the ground and sprout,
to him the soil is a divine drug. He enters into death
yearly, and comes back rejoicing. He has seen the light lie down
in the dung heap, and rise again in the corn.
His thought passes along the row ends like a mole.
What miraculous seed has he swallowed
that the unending sentence of his love flows out of his mouth
like a vine clinging in the sunlight, and like water
descending in the dark?

1. Melt butter in heavy large pot over medium-high heat. Add onions and sauté until golden, about 15 minutes. Add carrots and parsnips and cook 10 minutes. Add 2 cans of broth, potatoes, parsley and thyme. Cover and simmer until potatoes are tender, stirring occasionally, about 30 minutes.

2. Puree half of soup in processor. Mix puree into remaining soup in pot. Stir in half and half and Sherry. Season to taste with salt and pepper. (Can be prepared 1 day ahead. Cover and refrigerate.)