Did you know … that the growing of Red Currants was banned in the United States in the early twentieth century?

Red currants are a small, glossy, bright red berry. They are available at the Saratoga Farmers’ Market through July from such berry farmers as Scotch Ridge Farms. The berries were grown widely in the United States, including New York state, until the 1920s, and according to Cornell University’s Department of Horticulture, about 2,700 acres were devoted to their production in the early 1900s.

The federal government banned cultivation of the currants – along with black currants and gooseberries – when a fungal disease known as white pine blister rust began to attack the plants. The federal ban was lifted in 1966, but several northern states continued to prohibit the cultivation of such berries until the early twenty-first century. New York State eased its restrictions in 2003, and now allows farmers to grow red currants, gooseberries, and certain strains of black currants.

Red currants have a slightly tart taste. They are known for having a high level of pectin, and sometimes are used to make jam. Friends of the Market volunteer Pattie Garrett purchased a basket at a recent market from Scotch Ridge Farms and produced a flavorful muffin, using a recipe from Adams Heirlooms (http://adamsheirlooms.com/red-currants-recipes/). The recipe that Garrett followed is below. For insights on how to make a red currant jelly without pectin, visit Laurie Neverman’s Common Sense Homesteading blog at commonsensehome.com/how-to-make-currant-jelly-with-no-added-pectin/. 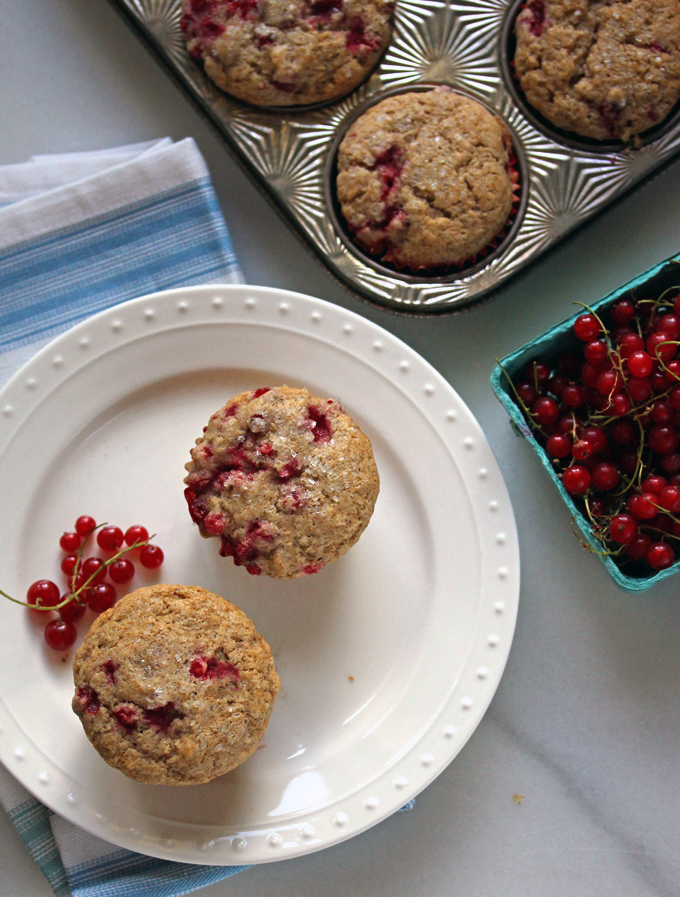 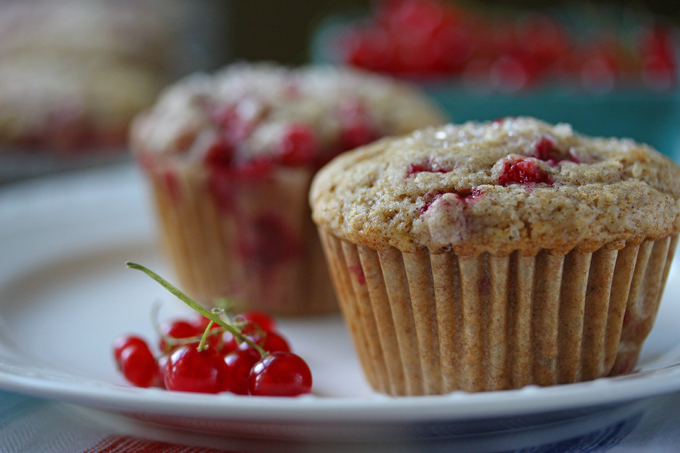 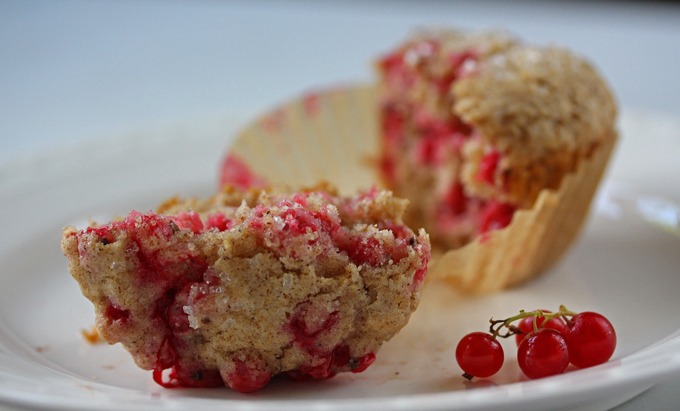 1. Sift dry ingredients together.
2. Combine eggs, milk, and vegetable oil in another bowl.
3. Stir the egg mixture into the dry ingredients.
4. Gently, add 1 cup of currants to the batter and mix, stir carefully so as to not break the currants.
5. Spoon into muffin cups, scatter the rest of the fresh currants over top.
6. Bake in 375 degree F (190 C) oven for 25 minutes, or until golden.

Notes:  Don’t put too many extra currants in the batter or else the muffins will fall apart, they need enough batter to hold together – the 1 1/4 cups is fine.