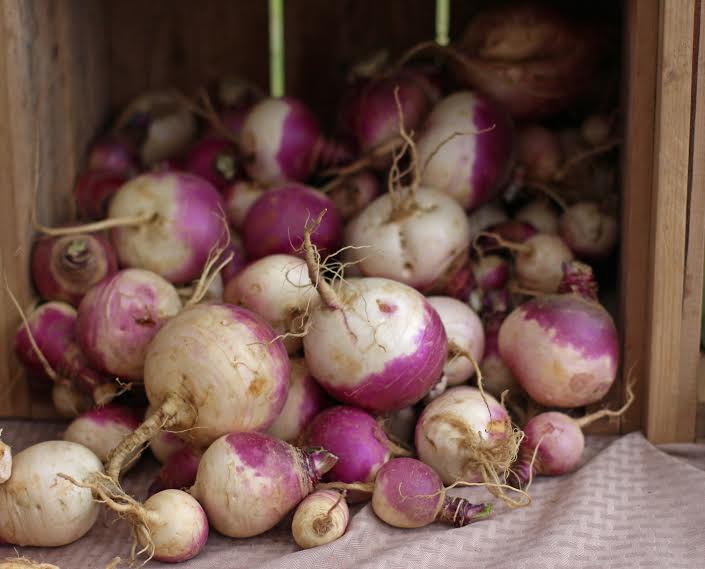 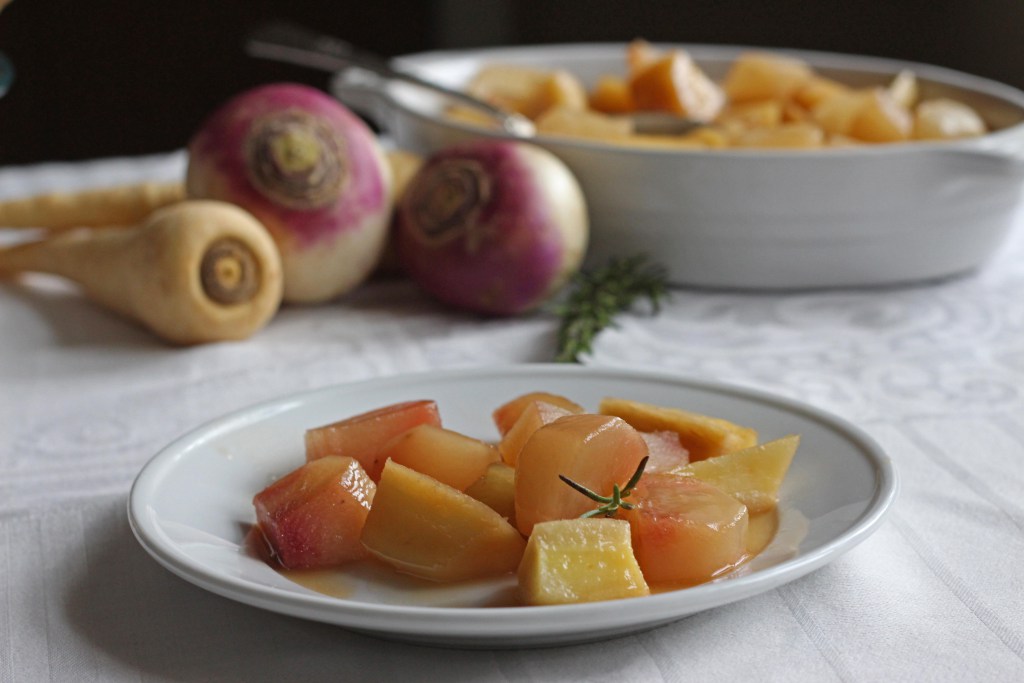 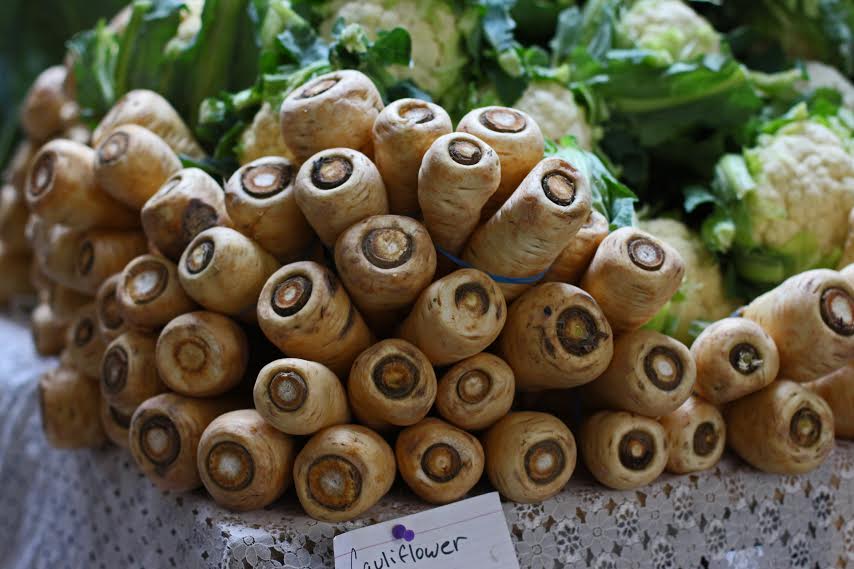 This week’s food fact from the Friends of the Market:

Did you know that potatoes and other root vegetables will cook more evenly if you start to boil them in cold water?
According to Farmers Almanac freelance writer Edward Higgins, “Throwing cold potatoes into boiling water gelatinizes the starches at the surface of the potato too fast, which will leave you with a mushy exterior that falls apart and dissolves into the cooking water before the center cooks through. By starting in cold water, the temperature in the potato rises more gently.”
The Almanac advises that all vegetables that grow below ground should be started in cold water. Vegetables that grow above ground should be added to hot or boiling water.
The following dish from Martha Stewart’s collection of recipes makes use of two root vegetables that are widely available at this time of year at the market.

Turnips and Parsnips with Maple Syrup
Serves: 6
Ingredients
*ingredients are available at the Saratoga Farmers’ Market

Instructions
1. In a large skillet, heat oil at medium high. Add parsnips and turnips. Cook, stirring occasionally until they begin to brown about 2 minutes.
2. Add broth, maple syrup, and vinegar. Bring to boil. Reduce to simmer, cover and cook until crisp/tender, about 10 minutes.
3. Uncover and cook over medium high heat until parsnips and turnips are tender and liquid is thick about 7 to 10 minutes. There will only be a small amount of liquid remaining.
4. Remove skillet from heat, add butter and stir until melted.