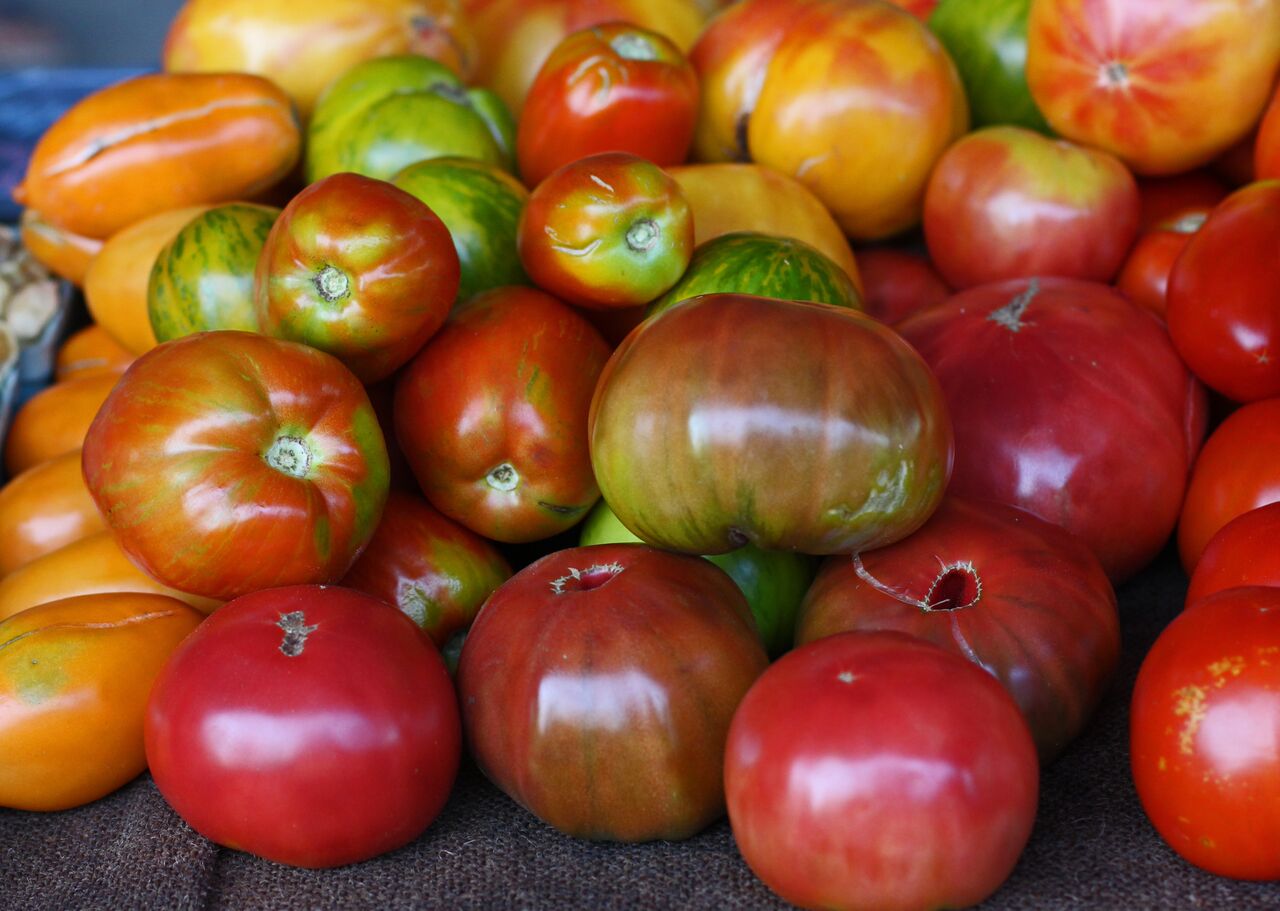 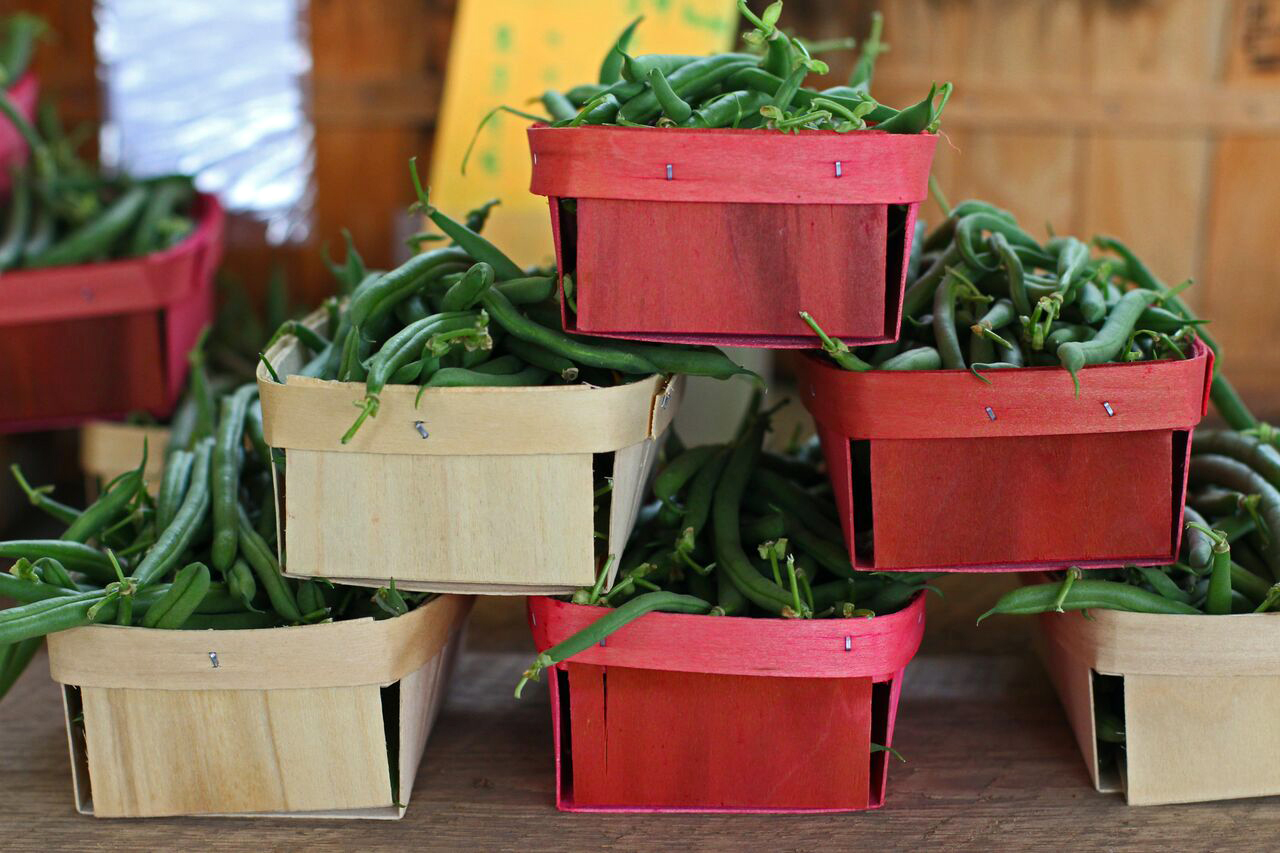 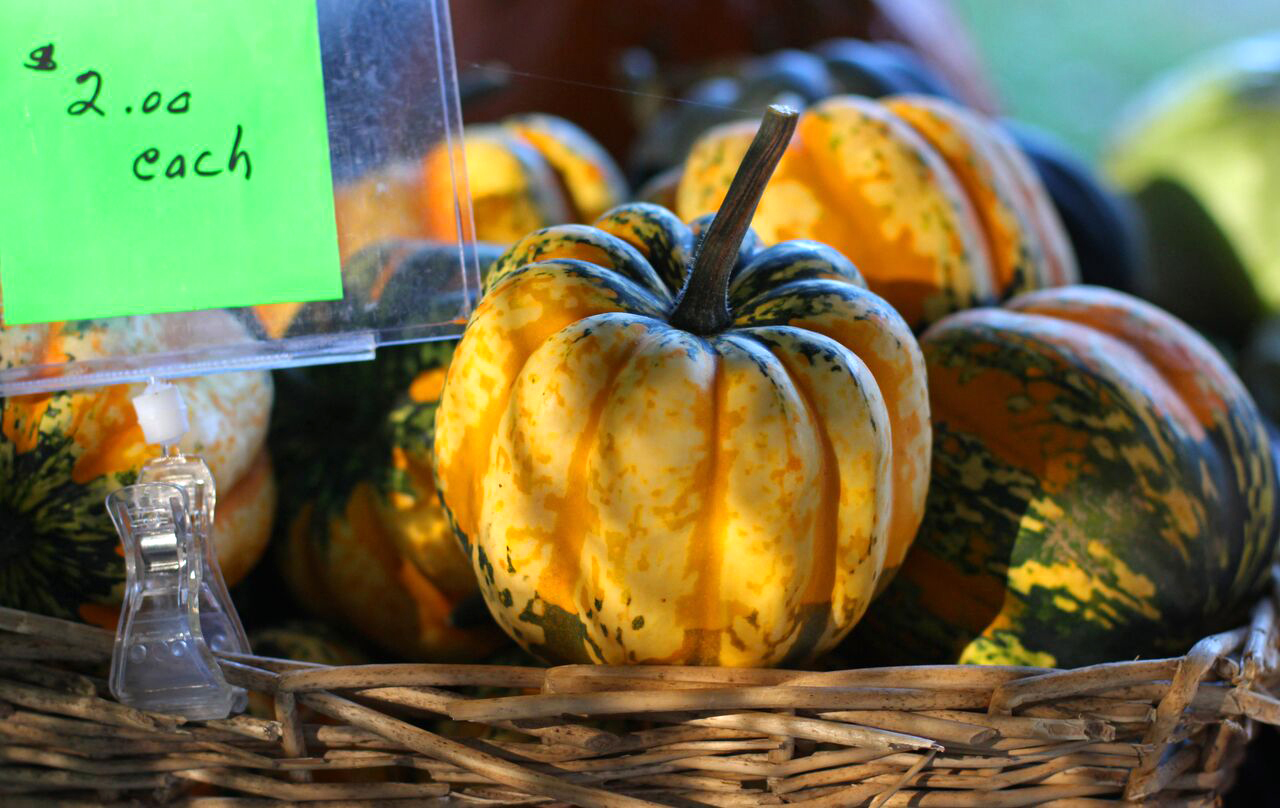 The past couple of weeks have been about the best food possible, in my mind, at least. The days are shortening, the air is getting cooler and crisper, and as the deciduous trees around Saratoga start to hint of a change of color, the mosquitoes and flies are beating a retreat. It’s time to come outdoors, and light a fire – for food and for warmth.

And it’s time to eat the greatest foods of all – green beans that are getting crisper, heirloom tomatoes that took their sweet time ripening, and that four-letter word, S-O-U-P.

Does this mean it’s fall?

Members of the volunteer group Friends of the Market posed that question six Saturdays ago to shoppers at the Saratoga Farmers’ Market who stopped by our Veggie Valet booth. We asked shoppers to tell us what foods represented “summer” and which ones signified fall. The informal survey came about after Friends member Pattie Garrett and I got into a friendly debate over whether the arrival of sweet corn meant the start of summer or the end of it.

About 35 individuals responded to our poll. What we learned were that there were widespread understandings of how the seasons correlate with food. Watermelon, and tomatoes came up frequently as the foods of summer, while butternut squash and apples were clear winners in terms of what was meant by fall. All of these crops currently are available at the Saratoga Farmers’ Market, suggesting that Saratogians like to eat seasonally and appreciate the local farmers who sell produce at the market for making seasonal offerings available year round. But what seasonal means can vary on the basis of each individual’s experiences.

For the record, the first frost for Saratoga is generally predicted to be September 20. And those of us who have lived here awhile can attest that frosts can occur earlier. But this year, happily, things look milder, with highs in the 70s and lows in the high 40s to 50s forecast through next Saturday, Sept. 24, giving us the chance to keep enjoying summer even as we welcome fall.

The Saratoga Farmers’ Market is open for the summer market through October 29 from 3-6 p.m. Wednesdays and 9 a.m. to 1 p.m. Saturdays at High Rock Park. The market moves to the Lincoln Baths on Saturday, Nov. 5.

(All responses, except those that duplicated both the summer and fall foods, are included.)

*Not generally a locally grown food 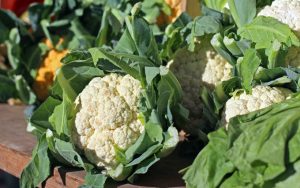 4. While soup simmers, melt remaining 5 Tablespoons butter in 8 inch skillet over medium heat. Add reserved florets and cook, stirring frequently, until florets are golden brown and butter is browned, 6 to 8 minutes. Remove skillet from heat and use slotted spoon to transfer florets to small bowl. Toss florets with vinegar and season with salt to taste. Pour browned butter in skillet into small bowl and reserve for garnishing.

5. Process soup in blender until smooth, about 45 seconds. Rinse out pan. Return pureed soup to pan and return to simmer over medium heat, adjusting consistency with up to ½ cup water as needed (soup should have thick, velvety texture, but should be thin enough to settle with a flat surface after being stirred). Serve garnishing individual bowls with browned florets, drizzles of browned butter and chives. Season for preference.