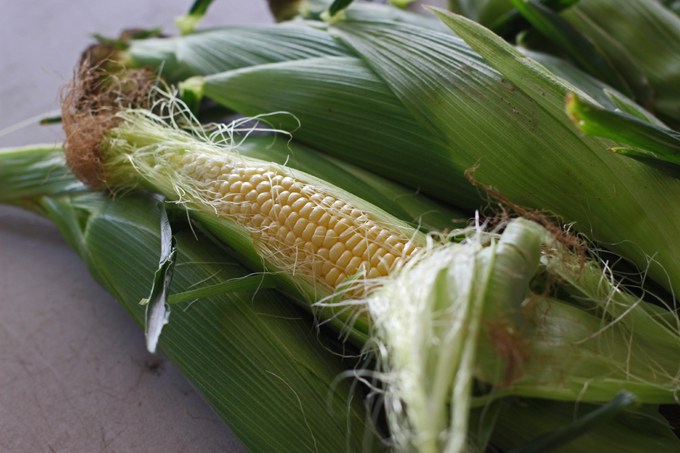 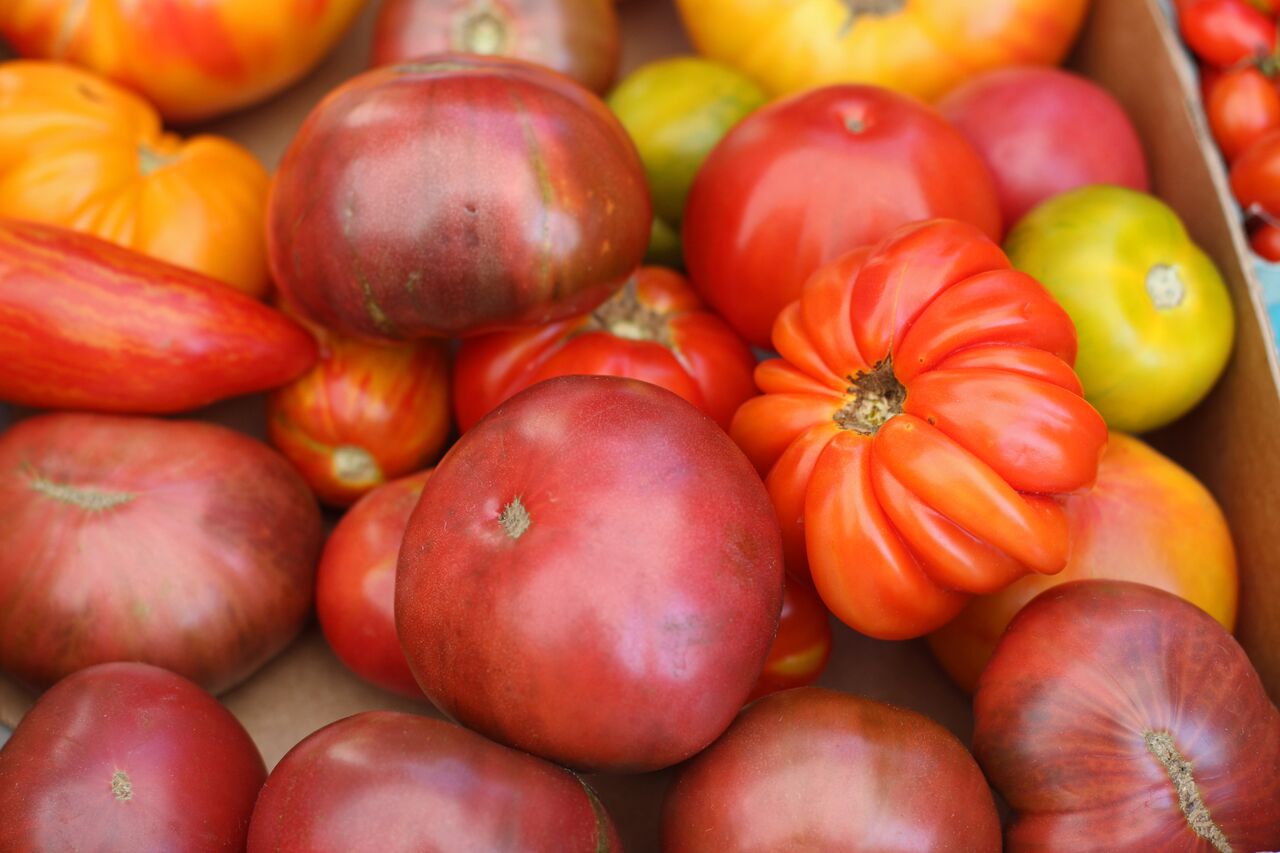 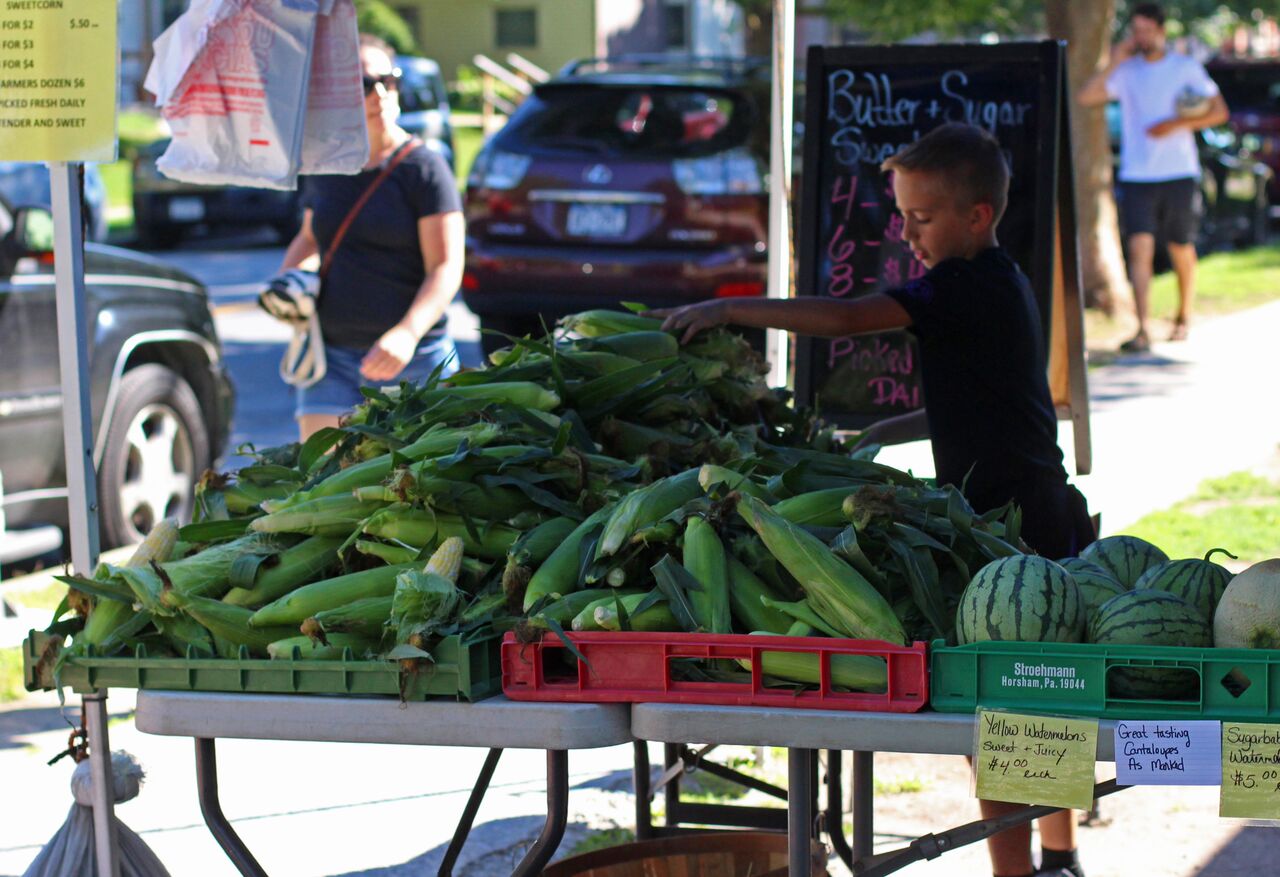 A photograph on the Facebook page of Fresh Take Farm a few weeks ago caused me to whoop in delight. The photo featured ears of fresh succulent sweet corn. The first corn of the season. Available at the Saratoga Farmers’ Market from Fresh Take, the Gomez Veggie Villa, Malta Ridge, Butternut Ridge, and numerous other vendors. I couldn’t have been happier. Corn signifies for me the first sign of summer. But is that what it is?

I mentioned corn to my friend and fellow Friends of the Market member Pattie Garrett, who also is an avid Saratoga Farmers’ Market shopper and a food blogger.

Our e-mail conversation evolved into a chat about the meaning of summer itself. There was no resolution to the question, and there was no need for one. But it led me to wonder how we define summer, and how shopping at the farmers’ market might fit into that equation.

I lived most of my adult life in cities but now live in a rural area about ten miles from Saratoga Springs. I am a college professor and help my husband raise most of the food we eat. I moved to Saratoga after growing up in the Midwest, and living for many years in the Pacific Northwest and in Hawai‘i. I always felt that these different geographic areas – like Upstate New York – had their own sets of seasons. For instance, there was a winter in Hawai‘i, even though there never was snow. It was characterized by “two-blanket” nights – the nights when the air temperatures would drop into the fifties.

In New York, I have learned to define summer through growing food and shopping seasonally at the farmers’ market. For me, fall begins when the garlic for next year is planted and when the collards and kale have survived a couple of light frosts to turn sweet and crispy. Corn – “knee high by the Fourth of July” – is the go-to hot weather crop that reaches its full sweetness in summer. Bushels of canning tomatoes at the farmers’ market signify fall.

But thanks to Pattie I want to know what you think: What crops signify summer? Which ones mark fall? Fill out our questionnaire at the Saratoga Farmers’ Market tomorrow. We’ll share the results – before the first frost. 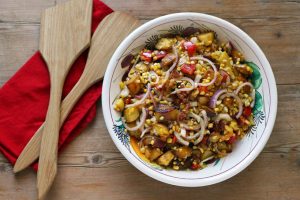 Adapted from Beekman 1802, shared by My Saratoga Kitchen Table
Serves: 4

1. In a large skillet, heat oil over medium-low. Add the bacon and cook until crisp, about 5 minutes. Using a slotted spoon, transfer the bacon to a paper towel to drain. Measure the fat remaining in the skillet. You need 2 Tablespoons, add olive oil to make up the difference.

3. Serve warm or at room temperature.