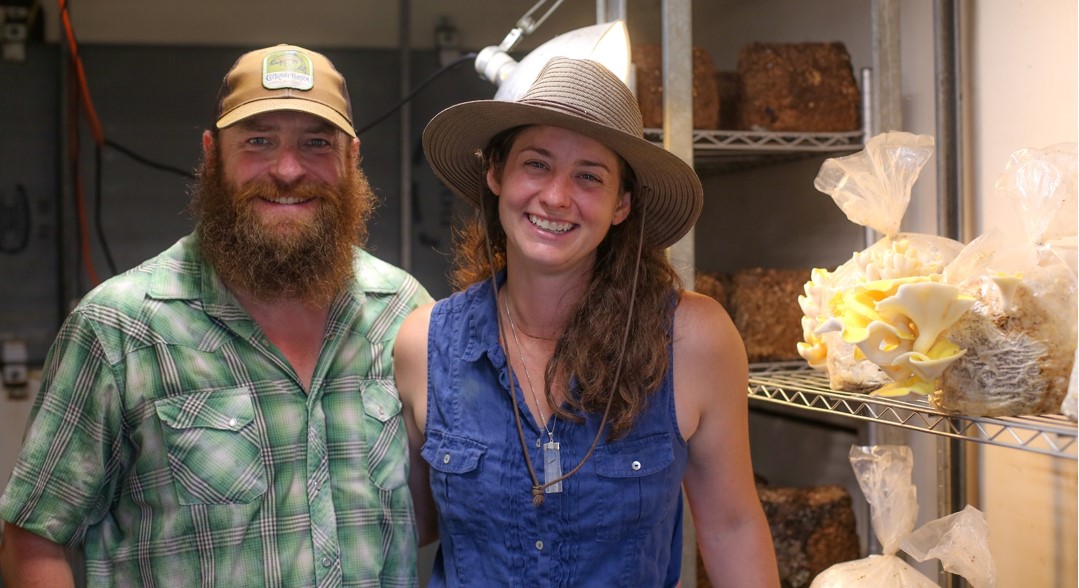 While living and vegetable farming in Fort Collins, Colorado, Ann and Josh Carnes decided to move east, after discovering their Ramble Creek Farm near Greenwich in Washington County. Ann’s background with her permaculture degree from Indiana University and Josh’s experience as a retired lieutenant firefighter and handyman has created a well-rounded partnership in farming.

This ambitious couple became vendors at the Saratoga Farmers’ Market less than seven months after establishing Ramble Creek. They currently raise mushrooms, blueberries, poultry, and livestock, and are applying for organic certification and starting a commercial kitchen to expand their products.

Ann explained, “There is an unfulfilled niche for growing and selling mushrooms.” Currently, they raise a variety of mushrooms such as lion’s mane, shiitake, maitake, and blue and canary oyster, in truck-sized refrigerated coolers. 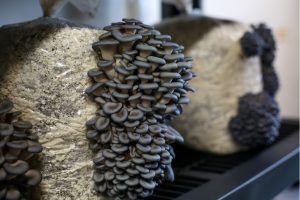 Most of their meat production is still in progress, but they’ll be offering pasture raised chickens in the near future. Beef production will start in October, and customers can pre-order turkeys for Thanksgiving.

Ann and Josh emphasize the layout of the land so all animals work together to create a happy and healthy environment. Their heritage breed Berkshire and Tamworth pigs are “forest pigs,” which control the underbrush on the farm’s edge. In August, pork ordered through their website will be available for on-farm pickup.

When the pigs move to a different section, they wag their tails excitedly ready to take on the next spot. Ann and Josh will use wood from the cleaned-out sections and watch for new wild plants and ferns.

Young chicks and turkeys start their lives in the two barns that are on Ramble Creek’s distinct logo. After growing for several weeks, they continue on pasture. They follow the cattle in movable coops, to eat the plants the cattle haven’t grazed and scratched the soil. When the grass regrows, it is beautiful, rich, nutritious and green. 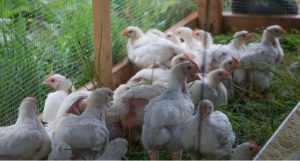 Ramble Creek Farm is as impressive as the products they offer at the Saratoga Farmers’ Market. Visiting their farm showed the dedication Ann and Josh have put towards their land and their animals. Ramble Creek Farm participates at the Market on both Wednesdays and Saturdays.

The Saratoga Farmers’ Market is open from 3 p.m. to 6 p.m. on Wednesdays and 9 a.m. to 1 p.m. on Saturdays at High Rock Park. Find us on Facebook, Twitter, and Instagram, and check us out on the FreshFoodNY app. E-mail friends@saratogafarmers.org for volunteer opportunities. 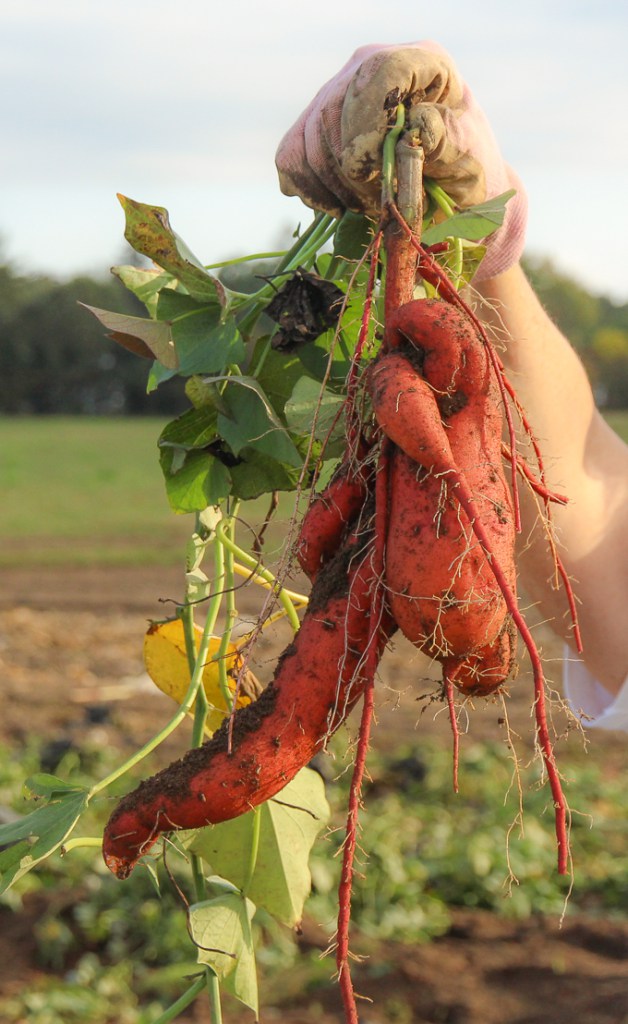