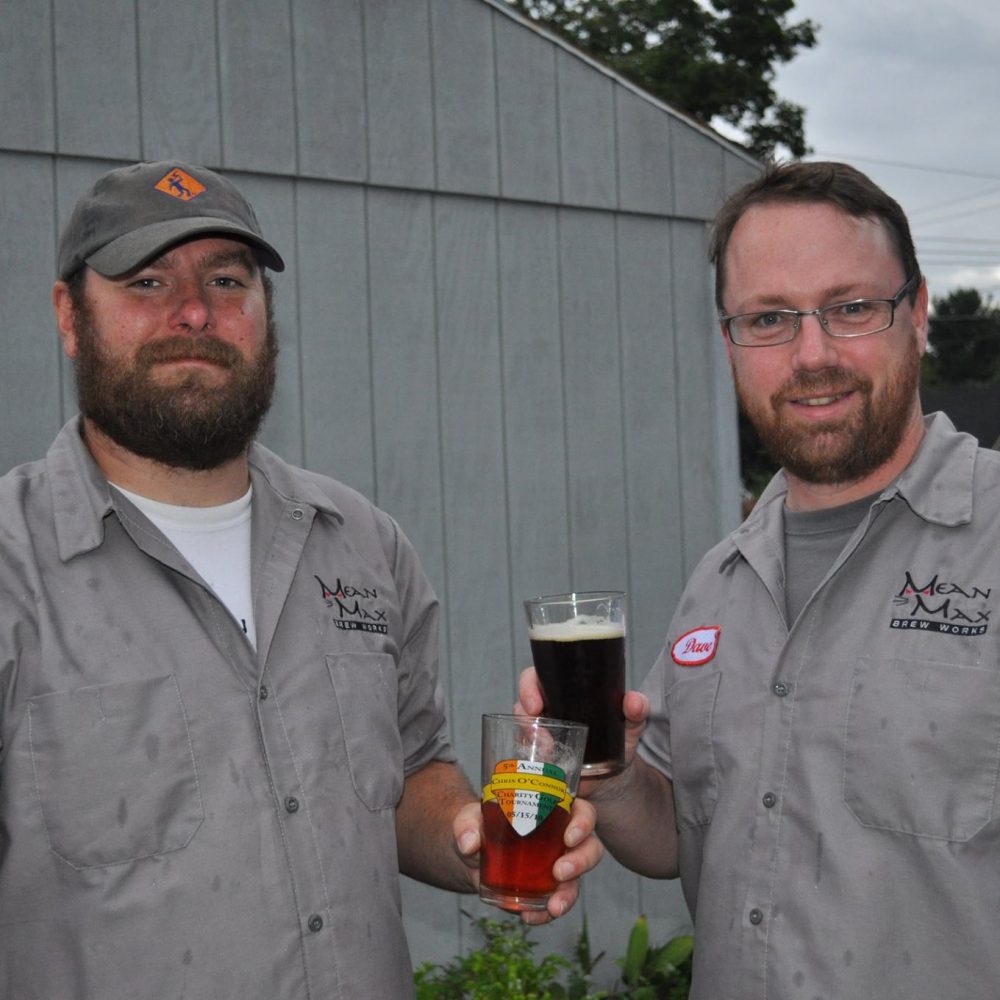 For business owners Dave Walls and Matt Barry, Mean Max Brew Works is built on a foundation of family, friends, and a passion for making great beer. If you ask Dave Walls, though, he may give all the credit to his brother-in-law Matt Barry. “Matt is the core of this company and everything he brings to it,” says Walls.

Walls and Barry began brewing beer as a hobby in 2010, and over the next two and a half years, they were making more beer than they could enjoy themselves. “We gave a lot away,” laughs Walls, “and people were complimenting on what we were making.”

In 2012, Walls and Barry put together a business plan and were inspired to name the business Mean Max after a funny altercation between Walls’ 18 lb. Main Coon cat, Max, and their five-year-old niece. Their niece later drew a picture of “Mene Max,” describing him as “not that mean.” “It speaks perfectly to the body and drinkability of our beer despite the alcohol content,” explains Walls.

Barry and Walls opened a taproom and production facility in downtown Glens Falls in 2014, where Barry is the head brewer. They maintain 21 taps of Mean Max beer at the retail space, including pilsners, lagers, barrel-aged stouts, IPAs, sours, and “everything that fits in the cracks,” according to Walls. Barry brews five days a week in a small, three-barrel operation.

Walls and Barry have learned to “never say never” as Mean Max is committed to making an A to Z variety of beer. “Pallets evolve, and we are always trying new things,” says Walls. “We didn’t come from this line of work, so we have a consumer perspective, and making quality beer is our main focus,” he adds.

In addition to their taproom, Mean Max Brew Works self-distributes to numerous bars, eateries, stores, and beverage centers; as far north as Lake Placid and as far south as Amsterdam and the Capital District. In Saratoga, you can find Mean Max beer at Harvey’s, The Local, Kings Tavern, Henry Street Taproom, City Tavern, Dizzy Chicken, Minogues, and EBI.

In reflecting on the beginnings of Mean Max, Walls pays homage to his friend and mentor Shawn Whalen, who was chef-owner of Bistro Tallulah in downtown Glens Falls.