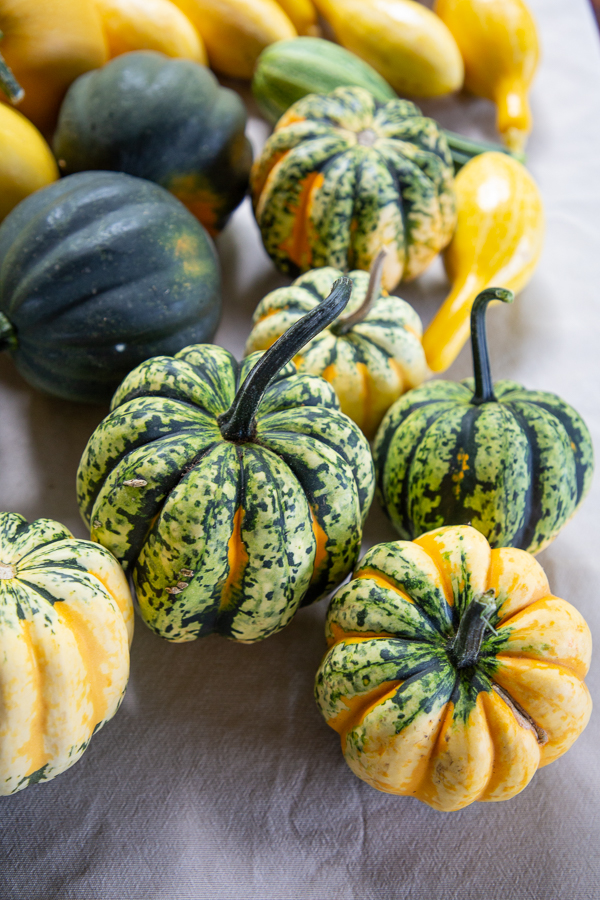 The three sisters method of interplanting corn, beans, and squash is an Iroquois practice that helped sustain the soil that farmers in our region use today.

It was rooted in long-term sustenance: By planting beans as companions to corn, the nitrogen that corn plants deplete is restored and bean vines receive a climbing pole in the corn stalks. Meanwhile, low-to-the-ground squash leaves create shade which prevents the soil from drying out. At seasons end is a harvest of three foods that one can eat immediately or store for winter use.

In market farming, three sisters gardens are hard to find. Most farmers plant in rows, separating crops from one another. Yet, many of those rows produce corn, squash, and/or beans – all of which are abundant now at the Saratoga Farmers’ Market. Each makes a delicious dish by itself. The three also can be combined to create soups, salads, stir fries, and casseroles.

I first encountered the three sisters method in a gardening guide in the 1980s as a young adult trying to create a garden. On paper, planting corn with beans and squash seemed easy. You first plant corn kernels in a mound of soil. After the corn sprouts, you add beans, around each shoot of corn. Once the beans are established, you add squash. You weed while the plants are young and then leave them until it’s time to harvest.

Creating such a garden is easier said than done, as I quickly learned while trying not to step on squash or uproot corn as I snipped bean pods. Still, I use the three sisters as a template for growing food and eating it. This lets me cook with corn and a wide variety of squashes and beans.

I adapted the accompanying chili recipe from a basic ground beef and vegetable chili. I used fresh corn from the Gomez Veggie Ville but chose Squashville Farm’s carnival squash over the butternut squash that the original recipe suggested. I also used dried red beans over canned, and ground venison instead of beef. The result was a mildly spiced chili filled with the three sisters at the center.