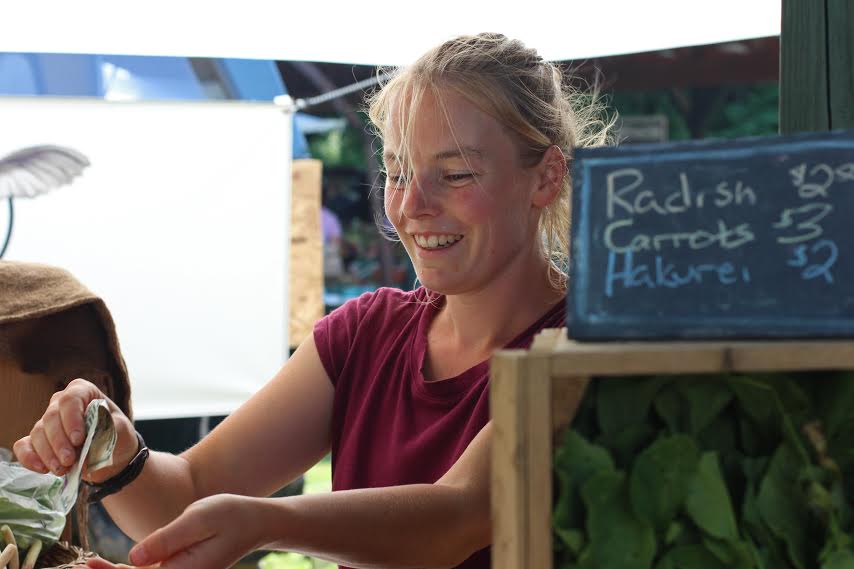 The Saratoga Farmers’ Market is all about being local: Fresh-from-the-farm produce, eggs, and meats fill many stalls. Locally produced cheeses and yogurt beckon buyers. And lemonades flavored with local lavender, wines made with local grapes, ciders pressed from local apples, beers crafted with regional hops, and locally distilled spirits add even more of a festive feel.

This sense of the local is what the market’s mission of being a producers-only market is about. In an era where one might wonder where one’s food is coming from, the Saratoga Farmers’ Market takes pride in saying, “It comes from right here.”

“Being a producers-only market has incredible value,” says market director Julia Howard. “We keep money in the local economy, of course, but more importantly we offer a sense of authenticity.”

The market association is accepting applications through August 31 for its winter market, which begins November 4 at the Lincoln Baths Building in the Saratoga Spa State Park and runs Saturdays, 9 a.m. to 1 p.m. through the end of April. Applications are available at the following link: https://www.saratogafarmersmarket.org/becoming-a-vendor/.

Among the factors that the market considers in reviewing applications are:

Most importantly, says Howard, is the idea that the farmers’ market is about connecting farmers, customers, and the community.

This reliance on farmers has historic roots. The Saratoga Farmers’ Market, founded in 1978, was initially established as a venue for farmers to sell produce and meat raised on their farms to consumers desiring locally grown and raised food.

Over the years, the market evolved, adding items that were not necessarily made from local farm items but were still produced locally. Prepared foods, baked goods, and beverages came into the mix, as did certain items like fish caught off of Long Island and oils pressed from olives owned by a local farmer’s family in Italy. These changes prompted the market association’s board to make a pledge to ensure that the balance of vendors would always be majority agricultural.

“We are 70 percent agricultural,” Howard says. “We rely on farmers to keep us who we are.”