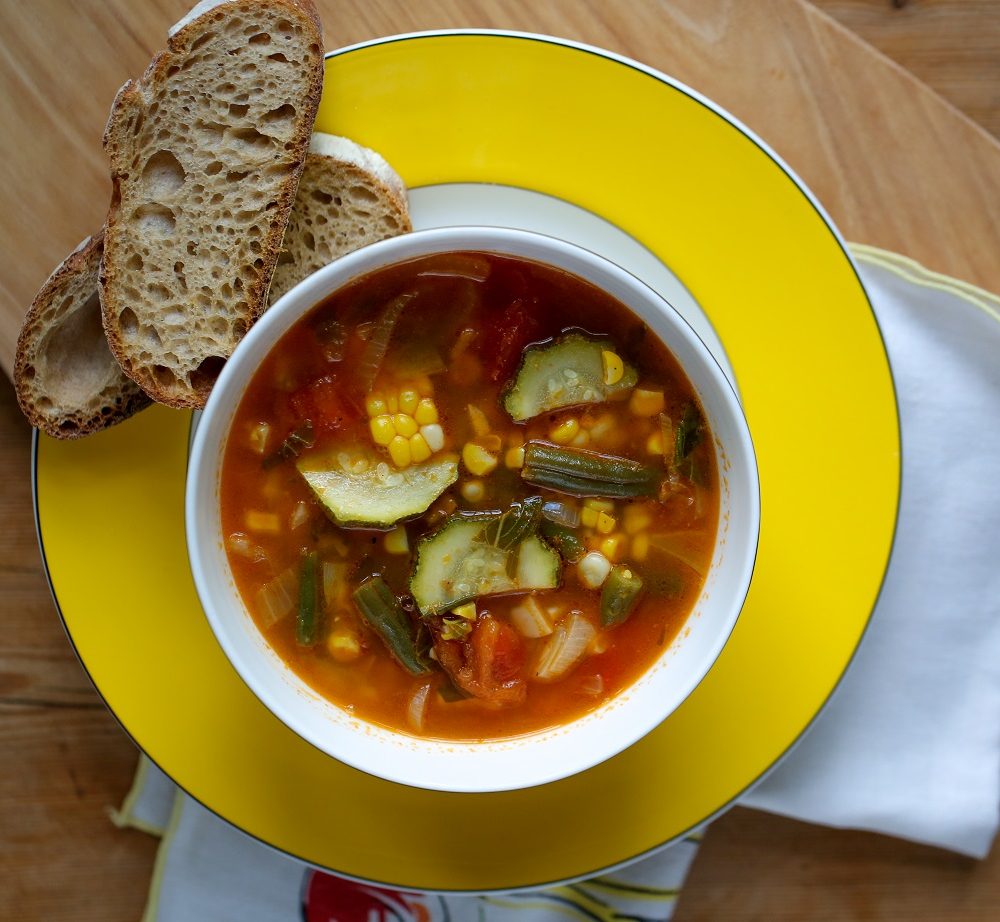 In a large pot, heat the oil over medium high heat. Add the onion and a pinch on salt. Sauté for 5 minutes, until the onion is translucent.

Stir in the tomatoes, zucchini, green beans, and garlic with more salt the pepper.  Add the chicken broth. Bring to a boil then reduce the heat to a simmer. Stir in the corn, basil, and cheese (optional). Cook for another 3 to 5 minutes until the vegetables are tender. Enjoy! 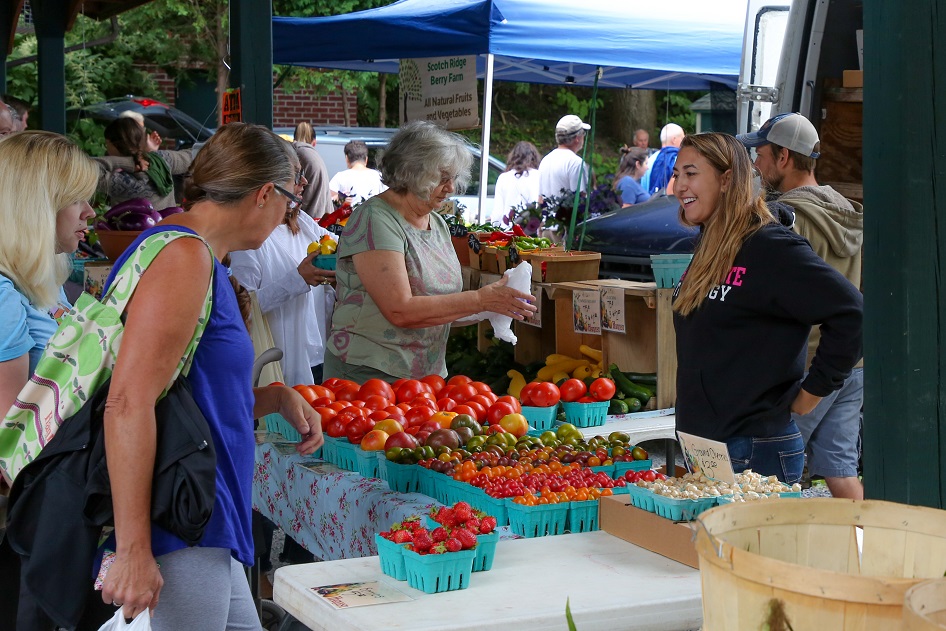 Chowderfest is just around the corner … well, it isn’t, but from a planner’s perspective, it might very well be.

Part of farming is planning. So, even as farmers and regulars at the Saratoga Farmers’ Market are savoring the abundance of summer produce, many also are thinking ahead to winter.

Tomatoes, zucchini, corn, beans, and eggplant are plentiful now at the farmers’ market and in backyard gardens. As the days shorten and temperatures drop, they’ll disappear.

I have to confess that while my husband likes to cook down pounds of tomatoes into sauces to can, I enjoy eating what’s fresh and in season. But every once so often I get a hankering in winter for a taste of the summer – for “fresh” green beans in the legendary Thanksgiving green-bean casserole, for sweet corn in clam chowder in early February.

So how to get these tastes of summer in the middle of winter?

One simple answer to freeze them now while they’re at their peak flavor.

I’ve also balked at freezing too much in the past, partly because I forget what I have frozen partly because many recipes require blanching vegetables first to preserve their flavor. Blanching requires dropping vegetables into boiling water, cooking them for a few minutes, then plunging them into ice water. It prevents the enzymes in vegetables from deteriorating. But it is a chore.

However, blanching isn’t required for all vegetables, especially if you plan to use them within six months. I’ve decided to experiment this month. I’ll freeze tomatoes in freezer bags whole, probably for a month, for my husband to can. Zucchini, I’ll shred, for winter baking. Green beans are being trimmed and frozen for casseroles and stir fries. I’ll blanch a few eggplants and save them for bharta, a softly mashed Indian eggplant dish I like.

And, finally, corn. The cold of winter and the warmth of chowder are on my brain, so I’m going to try freezing some corn straight on the cob for shucking when I use it. I’ll also trying blanching some to ensure I have sweet, crunchy “fresh” corn when Chowderfest comes.

The Saratoga Farmers’ Market is 3-6 p.m. Wednesdays and 9 a.m.-1 p.m. Saturdays through October 31 at High Rock Park. Find us on Facebook, Twitter, and Instagram, and check us out on the FreshFoodNY app. E-mail friends@saratogafarmers.org for volunteer opportunities.