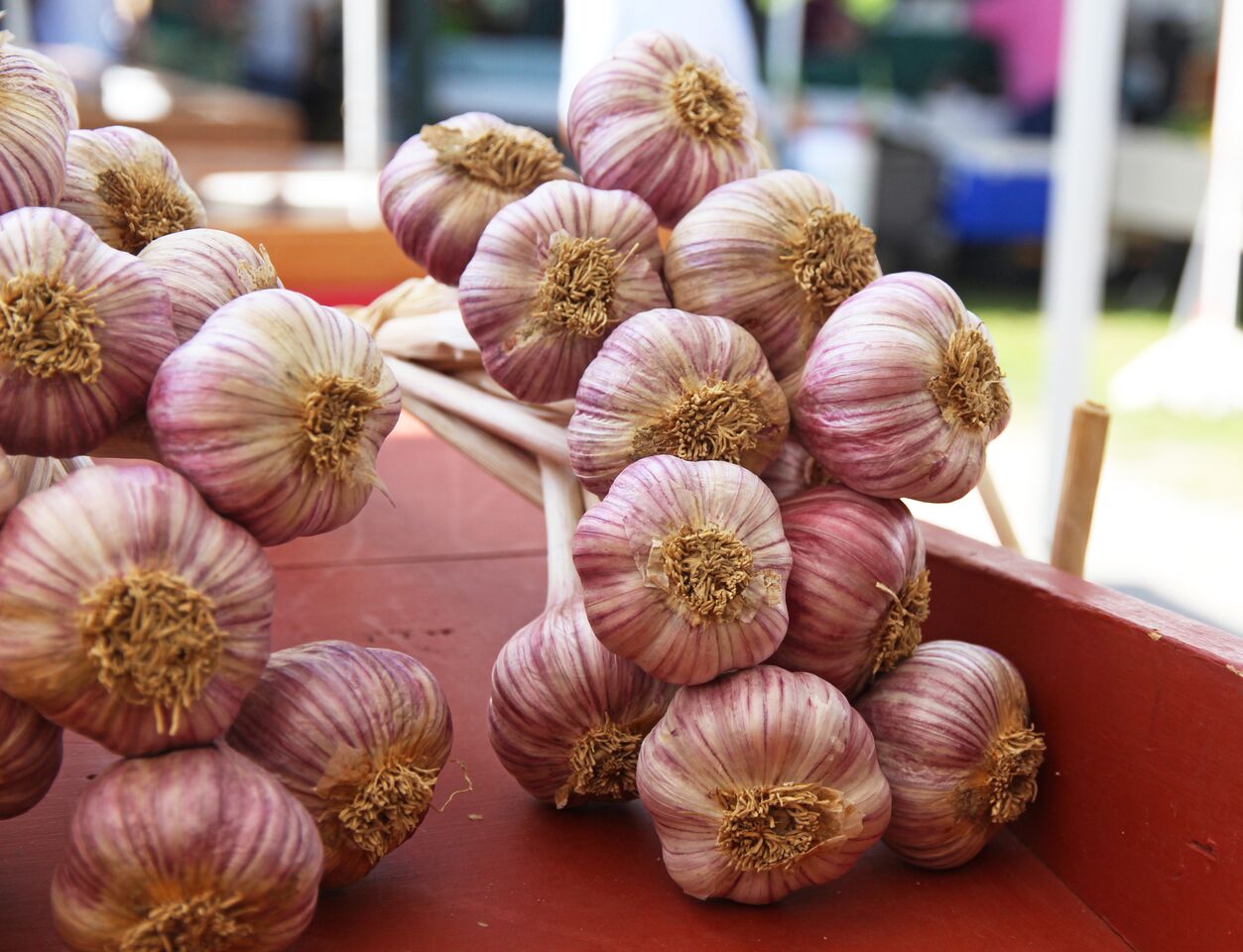 Now that the stars of summer – tomatoes, cucumbers, eggplants – are starting to exit the Saratoga Farmers’ Market stalls, it’s time to turn attention to one of our area’s more sensually spicy offerings: garlic.

Garlic is typically planted in mid-October after some frosts but before the ground has frozen. It appears in mid-spring as an early green garlic, in early summer as scapes, and in July as bulbs encased in papery outer skins. Underneath those layers are cloves that mellow as the months pass into a warm, rich seasoning for soups, casseroles, roasts, and veggie sides.

Garlic is available in late winter. It is also among the area’s easier crops to grow. If you’d like to try your hand at doing so, now is the time to start.

As you visit the Saratoga Farmers’ Market through October, buy some bulbs to eat and additional ones to plant.

At home, gently break your bulbs apart, separating the cloves. Choose the biggest cloves to plant and eat the rest. Create a space in your garden, where you can plant your cloves two to three inches deep, about eight to 12 inches apart. Place the cloves in the ground, bottom ends down, and cover them with soil. Then, cover these cloves with a thick layer of straw, hay, or even leaves to overwinter.

As the snow melts in late March or April, you should start to see green tips poking through the mulch. Pull the mulch off, and watch your garlic grow. Through April, May, and June, stalks will form and start to thicken. These stalks and the immature bulb beneath the soil are edible as green garlic, a taste of what’s to come.

Around mid-June, the winding, curvy tendrils known as scapes will start to appear on the plants. Cutting them off helps the bulbs grow. By July, the stalks will wither and turn brown. That’s the sign that your garlic is ready for harvesting. Use a garden spade or spoon to gently dig deep around the stalks to get to your bulbs.

After your harvest, go through your bulbs and save some cloves to plant for the next year. 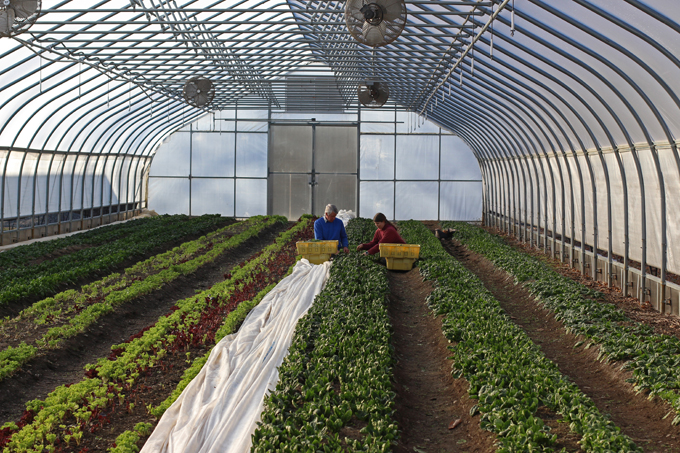 If you’re a backyard vegetable grower, you might plan your garden around the last and first frost dates. The last frost date – usually May 20 – signifies the date that it starts to become safe to transplant such tender seedlings as tomatoes, squashes, and peppers outdoors. The first frost date – September 20 historically for Saratoga – typically means the end of the life cycle for these plants.

But what if the temperatures get chilly sooner? What becomes of those green tomatoes, still rock-hard eggplants, still growing squashes?

Answers from Saratoga Farmers’ Market vendors who might have provided you with the seedlings that started your gardens last spring vary as widely as the weather. But the general rule is to be watchful but not worried.

“If it looks like the night time temperatures are going to drop into the low 40s, you might want to cover those kinds of plants,” says Chris Dumar, of Balet Flowers & Design. “You also might want to water well, especially if you think you might get a frost.”

Covers for plants can range from row covers or sheets of plastic or even five-gallon pails. The key is to make sure the plants are covered but that the material still gives them some room to breathe.

Dumar also recommends spraying plants hit by frost with water early in the morning before the sun hits the plants. The water moistens the leaves, which can prevent them from being burnt by the sun.

While a plant hit by a frost is unlikely to continue producing its fruit, the fruit itself often is still fine to pick. Many farmers recommend picking tomatoes if they’re still green but look as if they’re starting to ripen well in advance of frost warnings. Unripe vegetables such as tomatoes, summer squash, eggplants, peppers and winter squash can be picked even after a light frost. These fruits will continue to ripen after a harvest on a kitchen counter, shelf, or sunny window.

And first frosts do sweeten some vegetables, particularly leafy greens, and brussels sprouts, creating a new season of eating.

The Saratoga Farmers’ Market is at High Rock Park through October, 3-6 p.m. Wednesdays and 9 a.m.-1 p.m. Saturdays. We move indoors to the Lincoln Baths Building in the Saratoga Spa State Park on November 4. Follow our updates on Twitter, Facebook, and Instagram.