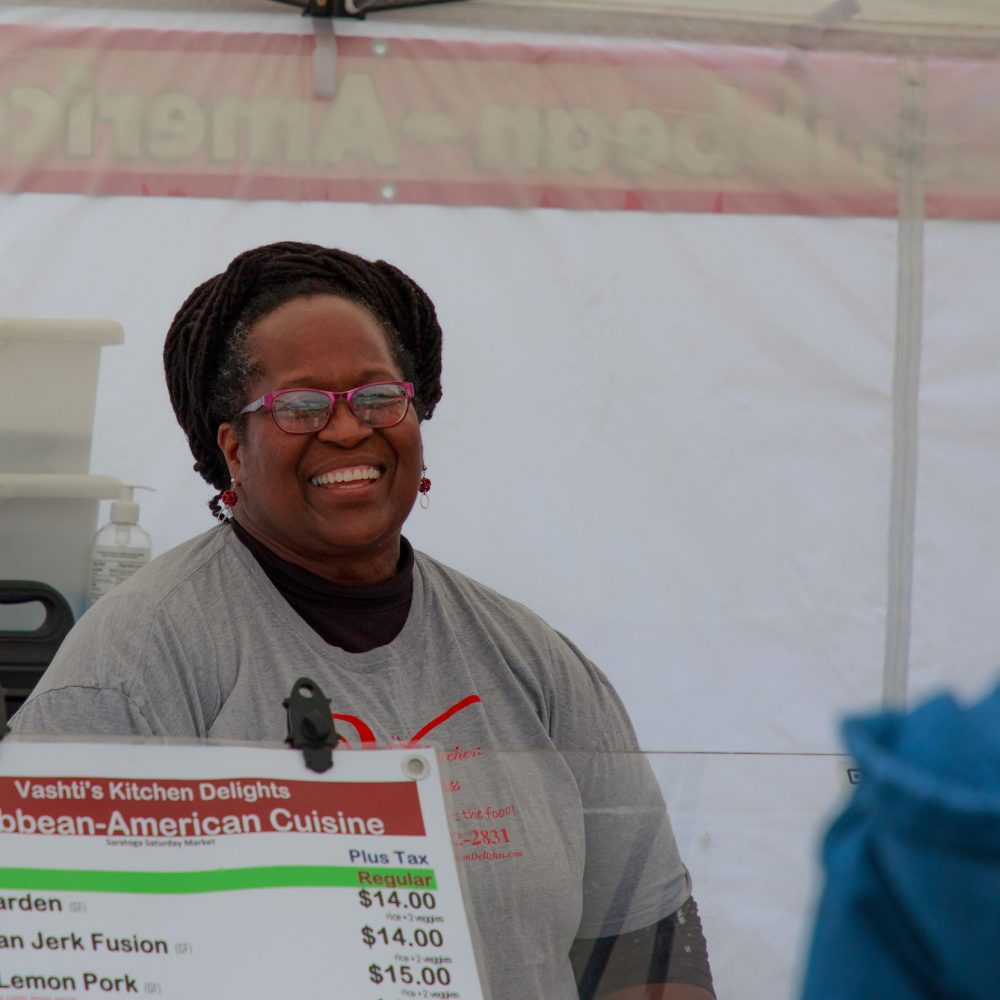 Ma’at was born in Trinidad and Tobago, and Carr in Jamaica. Each emigrated to New York City with their families. Ma’at holds a degree in sociocultural anthropology, has trained as a pastry chef, and has had a career as a consultant. Carr has worked as an engineer and has run businesses. Vashti’s Kitchen Delights is an amalgam of their experiences and their fused Caribbean cultural cuisines.

Ma’at and Carr met in Queens around 2001. Carr owned and operated a cyber café and computer-repair business, and Ma’at had a malfunctioning laptop. After a series of jousts and jokes, she decided she could trust Carr to fix it, and Carr proved himself reliable. He allowed clients to use the cafe computers for free while their devices were being repaired. Ma’at became a regular. Carr learned she had a small catering business and hired her to provide breakfast for a business meeting.

And so it went. Vashti catered meals, and Leon helped develop the business. They moved to Amsterdam in 2006. Ma’at was employed through a grant-funded position, and when the grant ended in 2017, she decided to devote herself to cooking.

Vashti and Leon visited several area farmers’ markets. “We decided that, as caterers, such markets would offer potential customers the opportunity to sample our dishes and experience our cuisine,” she said.

Vashti’s Kitchen Delights’ offerings are dairy and gluten-free, with many vegan options. Ma’at gives many of them a Trinidad and Tobago touch through using such ingredients as coconut oil, all fresh herbs like cilantro, and spices like cumin and cinnamon. She adds a touch of fun by giving them names like the Sassy Pig (pork) and Salacious Hen (chicken).

They’re all about the food.