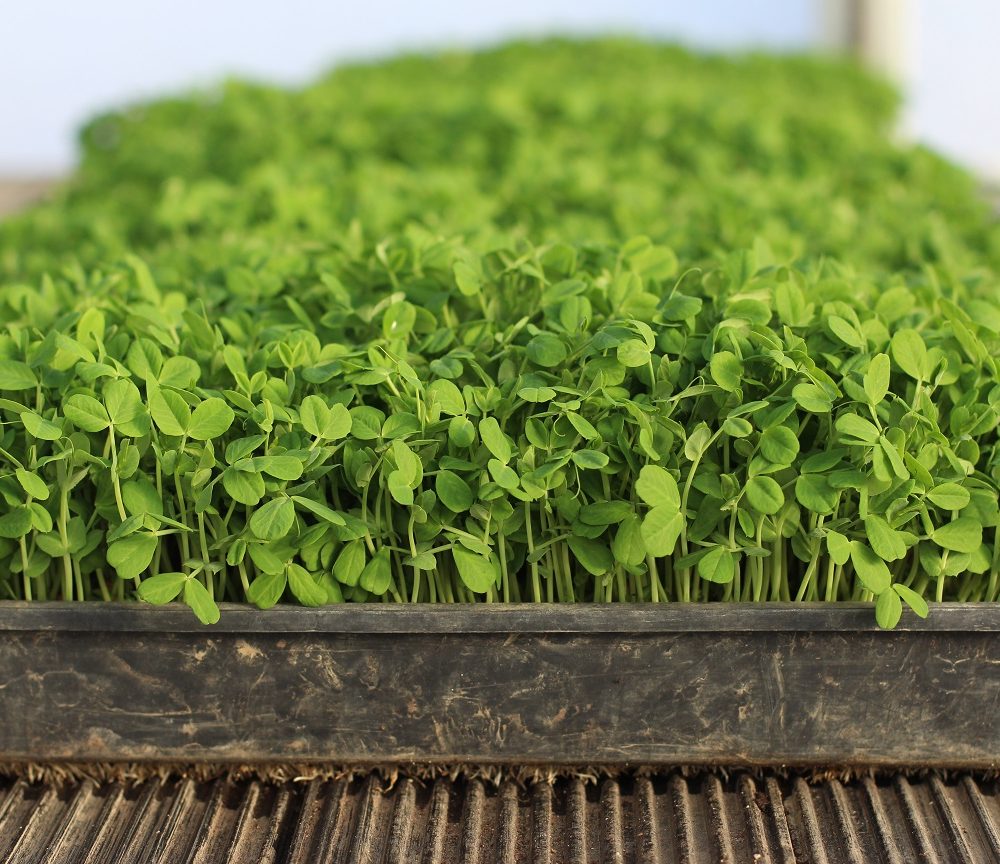 For Shane Avery, Saturday mornings begin early. He rises before 5 a.m. to harvest, prep, and bring his tiny little “vegetables” – known as microgreens – to the Saratoga Farmers’ Market.

Avery owns Saratoga Urban Farm. The farm is based in Gansevoort and produces microgreens, wheatgrass, culinary herbs, and other products. Avery started the business a year ago and joined the Saratoga Farmers’ Market last November. His clientele has expanded to include two farmers’ markets and a few local restaurants.

Microgreens are essentially vegetables in their youngest stage, harvested when the seeds from which they’re grown have produced their first true leaves.

“They’re about 10 days old,” says Avery. “At this stage, they have the strong flavor of their parent vegetable and a very high level of nutrient density.”

Pleasant Valley Farm offers pea and sunflower shoots, among other vegetables. Avery specializes in microgreens. His packages include the greens of individual vegetables and mixes.

For many, the appeal of microgreens is ease. They require minimal washing – just a quick rinse under running water and a shake dry – and little prep. They can be sprinkled over omelets, folded into sandwiches, added to stir fry dishes, casseroles, or soups. Avery offers a handout with 52 ideas for using them, one for each week of the year.

He likes them best fresh in a bowl, with a light drizzle of olive oil, salt and pepper.

Unlike sprouts, which are typically grown in water, microgreens are grown in soil. Avery soaks his seeds for a day, plants them in trays filled with an organic soil, and gives them three to four days to germinate, at which point they go under grow lights. Three to four days later, the tiny plants are ready for harvesting.

Avery times the soaking, planting, and germinating so harvests come just before market. They arrive at market 1-2 inches long, bright, crisp, and packed to remain fresh for seven days. 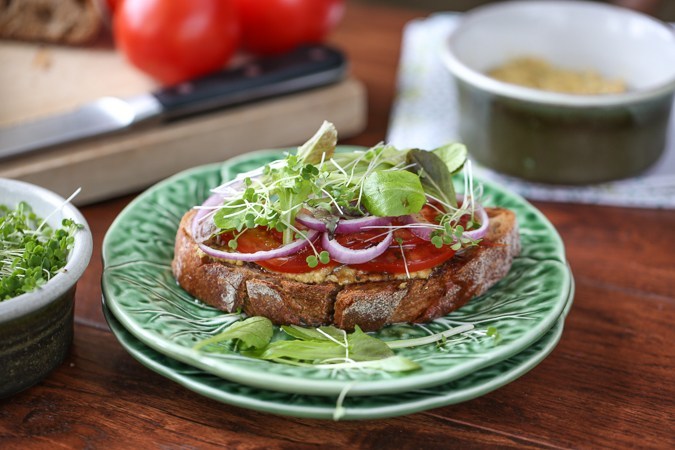 All ingredients are currently available at the Saratoga Farmers’ Market