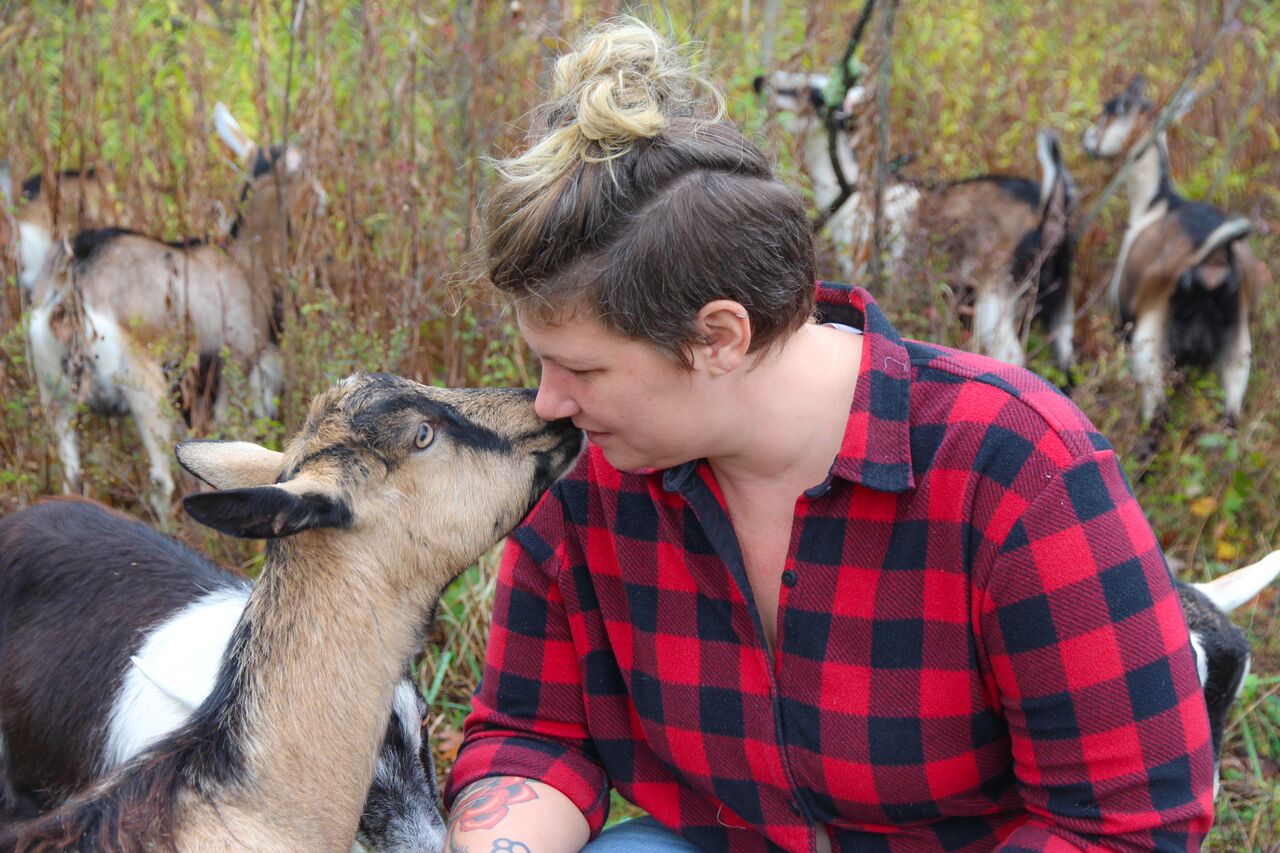 Leah Hennessy decided to become a farmer on the day she had her first affectionate encounter with a goat.

Now the owner of Moxie Ridge Farm & Creamery, one of the Saratoga Farmers’ Market’s newer vendors, Hennessy recalls that she was on a business trip as a wine consultant in Provence, France. She had asked if she could visit a fromagerie, or cheese shop. A day with a regional cheesemaker was arranged.

At the end of the day, the cheesemaker took her to the barn to meet the goats. As the animals excitedly approached the equally excited American visitor, the cheesemaker murmured in French to a translator accompanying Hennessy. Hennessy caught the word “bisou.”

“I know what that means,” she exclaimed. “It means kisses.”

“That’s right,” replied the cheesemaker via the translator. “They like kisses.”

A yearling goat poked her nose through a fence, and Hennessy bent down.

Hennessy had worked and lived in Hollywood for eight years. She packed up that life and returned to Albany where she grew up. She poured her savings into farmer-training seminars and courses and schooled herself in goat rearing, herd management, cheese-making, and sustainable agriculture while working at area farms.

In late 2016, through a partnership with Dirt Capital, and assistance from such organizations as American Farmland Trust, the Hudson Valley Agribusiness Development Corp., FARMroots, and the Agricultural Stewardship Association, she acquired the farm formerly operated by Longview Farm owners Dave and Liza Porter.

In her first year, Hennessy has brought French and other European inspired cheeses to market. She also offers chicken and goose eggs, poultry, goat milk and yogurt, and pork.

The ridge in the farm name reflects the area topography. Moxie reflects Hennessy herself – a tough woman determined to persist. She uses minimal machinery, relies on animals for land maintenance, and loves each and every animal under her stewardship passionately.

“All my life I’ve looked for something that would be meaningful to me and give me complete fulfillment,” says Hennessy, at her farm. “I’ve found it here.”

As if in agreement, chickens squawk, goats bleat, and a gaggle of geese parade between the farm entrance and her front steps.