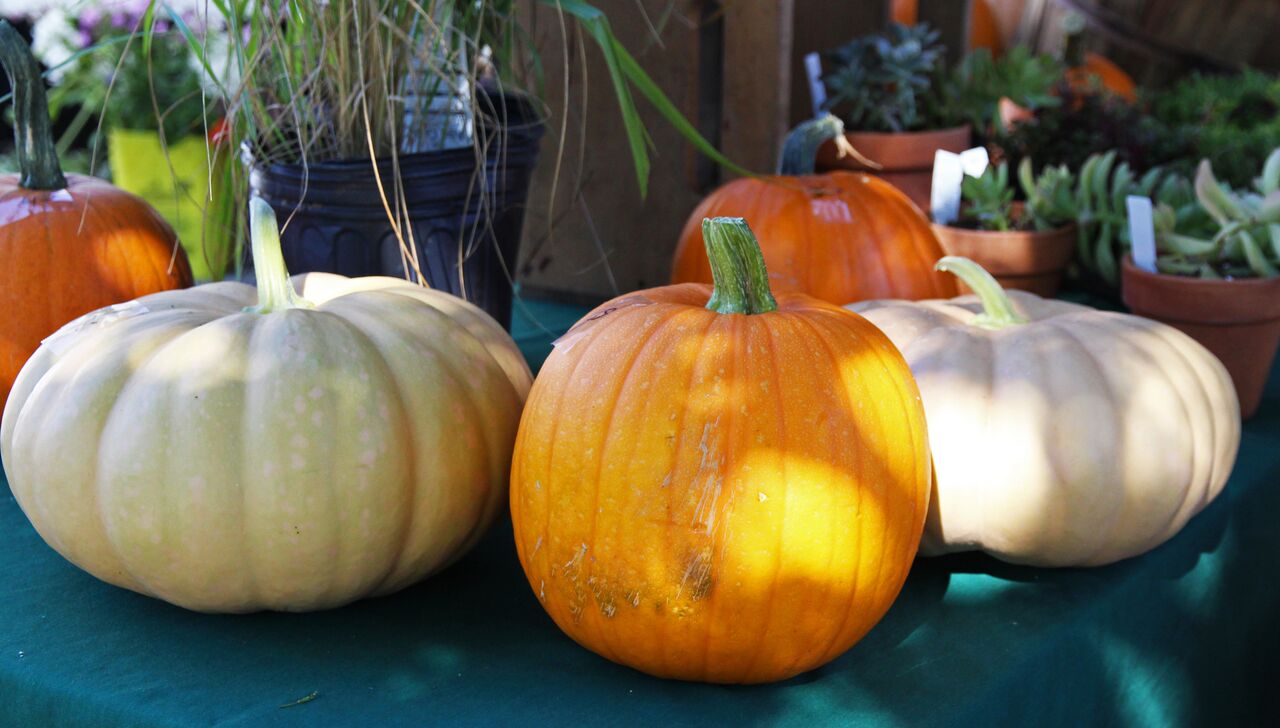 The orange curves of our seasonal pumpkins offer an eye-catching sight at the Saratoga Farmers’ Market in late fall. And tomorrow these gorgeous gourds will take center stage as the market hosts its annual Pumpkin Fest.

Pumpkins appeal to our aesthetic and playful impulses: We use them to decorate, to carve into jack-o-lanterns, to roll across lawns.

But how often do we eat them? Perhaps not enough.

Like many, I used to look at pumpkin as pie once-a-year. I’d buy a fresh pumpkin for my husband and me. I’d cook and puree the parts into a filling with cream, brown sugar, and a half dozen sweet spices. We’d eat pie for dessert on Thanksgiving and stash another one away for leftovers nibbling.

That practice changed when I moved to Saratoga and discovered fresh pumpkins from local farms. I now create soups, stews, pies, and roasts featuring pumpkin and other hard-skinned squashes all winter long.

For many, though, the issue is taste, which is why pumpkin pie spice is so popular: it masks the pumpkin taste itself. However, J. Kenzi Lopez-Alt, columnist for Serious Eats, argues that pumpkin has a rich natural sweetness that stands well on its own if prepared right. Lopez-Alt advocates choosing small, dense fruits for cooking, and roasting the cut slices brushed lightly with oil before preparing as soup or in stews.

Most nutritionists agree that pumpkin is nutritious, low in calories and high in fiber.

Pumpkins also are inexpensive. My mother calls them the “lowliest and holiest of foods,” noting that in Hindu Indian traditions pumpkins have the blessings of gods because even the poorest can afford them.

The Saratoga Farmers’ Market is 3-6 p.m. Wednesdays and 9 a.m.-1 p.m. Saturdays at High Rock Park until October 28. The market moves indoors to the Lincoln Baths Building at the Saratoga Spa State Park on Saturday, Nov. 4. Follow us on Twitter, Facebook, and Instagram.