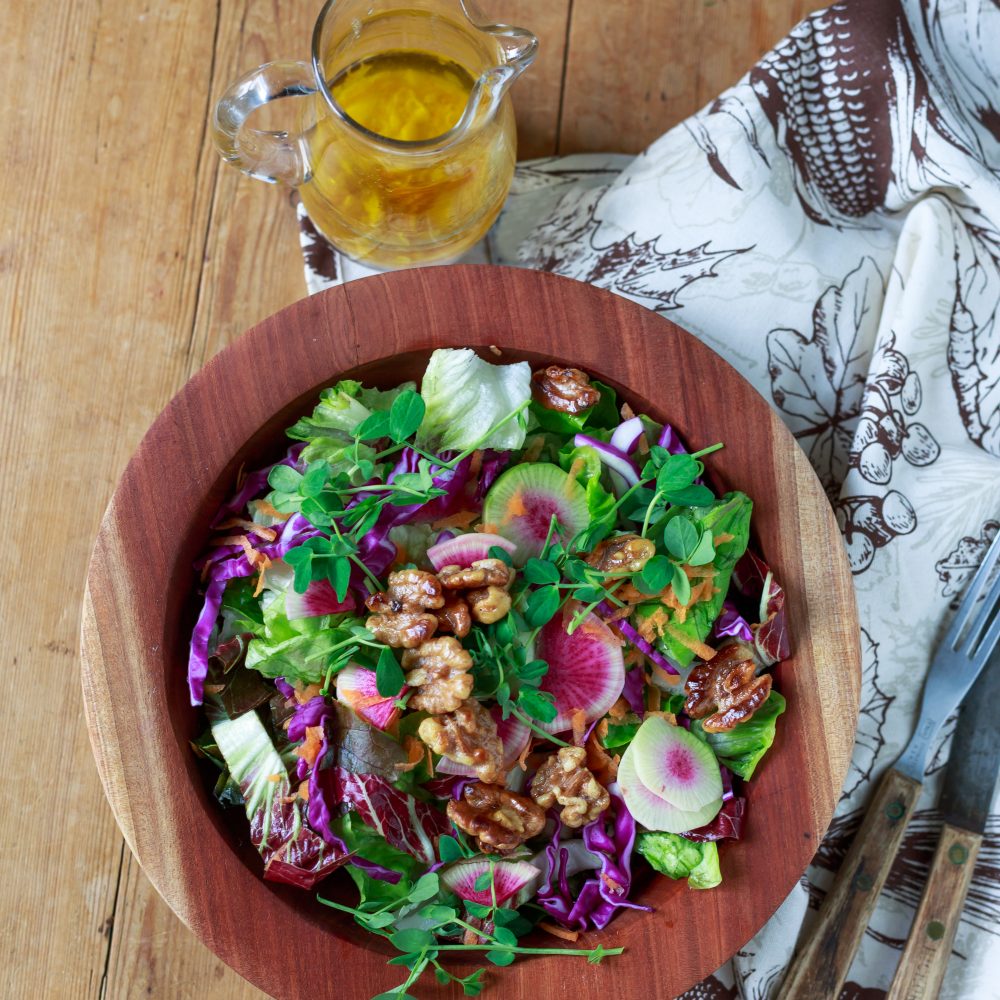 “The holiday season for our farm family has come to mean celebrating local bounty. Enjoy my recipe for the most delicious, nourishing, seasonal salad for the winter holidays!” – Corinne Hansch

Instructions
To make the vinaigrette, combine vinegar, shallots, and 1/4 tsp salt in a bowl and let stand for 15 minutes. Stir in the mustard, then add the oil. Whisk well until the dressing is thick and smooth. Season with salt and pepper.

To make the toasted walnuts, warm a heavy-bottom skillet and melt the butter. Add the walnuts and stir until coated in the melted butter and slightly browned. Watch closely as they can burn easily!

Assemble the salad in the largest bowl you have. First toss the greens, microgreens, and shoots together, then top with grated carrot, sliced cabbage, and slices of radishes. Add crumbled goat cheese and toasted walnuts, then drizzle the dressing on top and serve! 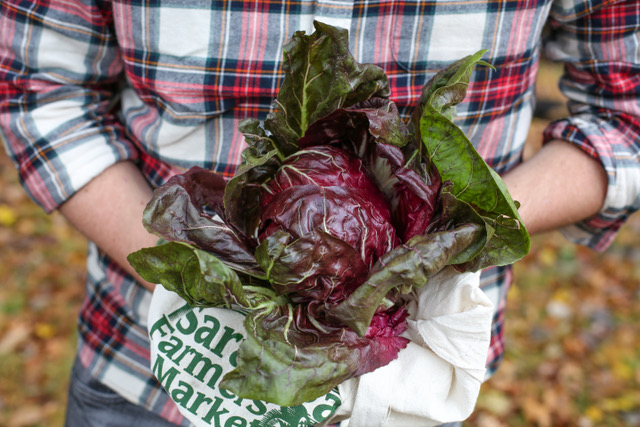