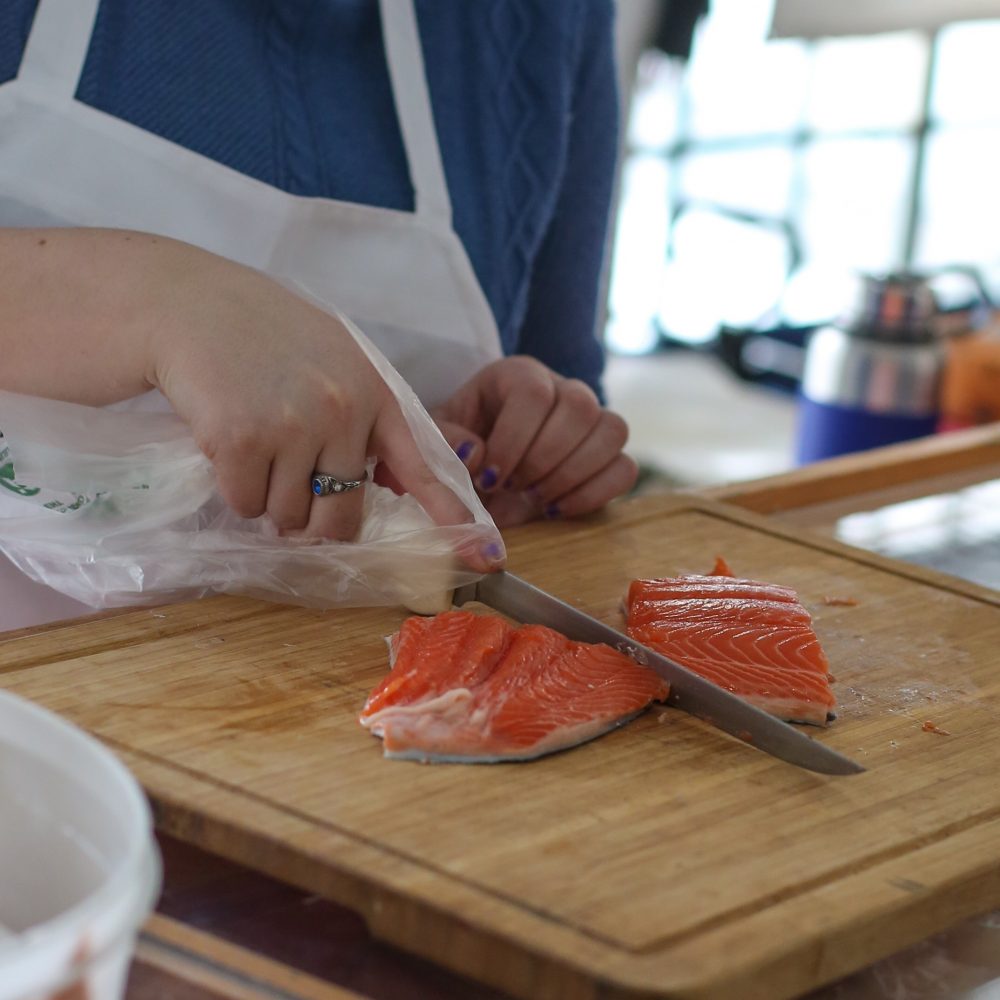 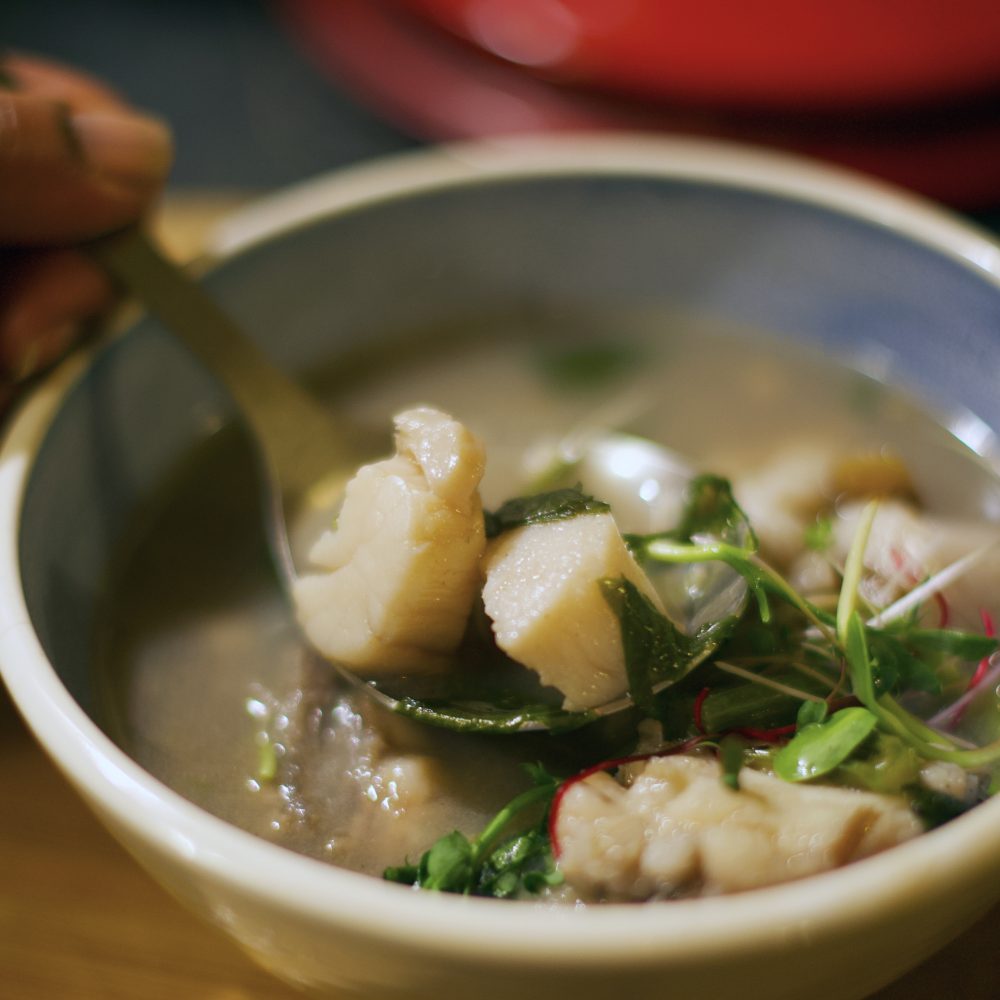 1 sprig fresh thyme* or another fresh herb* such as rosemary

1/2 lb firm local fish, such as monkfish* or steelhead trout*

Salt and black pepper to taste

Feel free to vary the types of vegetables and seafood in this recipe. You can obtain fresh fish stock from Pura Vida Fisheries at the farmers’ market or at their Moby Rick’s Seafood store on Lake Street.