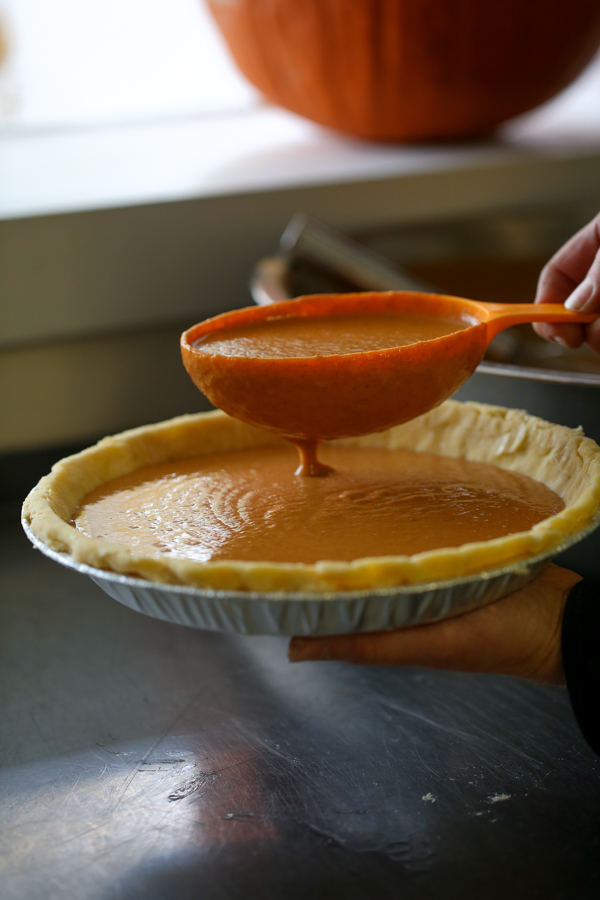 Tomorrow is one of the year’s best days to shop at the Saratoga Farmers’ Market. The Saturday before Thanksgiving offers an opportunity to fill your baskets and holiday menus with locally grown and raised foods from our region’s farms. We’ve talked up vegetables, turkeys and ducks. This week, we turn our attention to the sweet finale: pies.

Thanksgiving pie traditionally has been pumpkin, made by roasting or steaming chunks of fresh pumpkin or a similar winter squash, and then creating a puree of the pumpkin with eggs, milk, honey or maple syrup. From there, one can add cinnamon, nutmeg and/or allspice and then bake in a pie crust for 45 to 60 minutes. Such pies fill the belly with sweetness and warmth while making use of the foods that farmers bring to market.

But pie goes well beyond pumpkin. For pie fillings, think seasonal and think abundance. Local options include apple, sweet potato, and butternut squash. On the savory side, there’s quiche, chicken pot pies, and even shepherd’s pie, a simple dish of browned ground meat (beef, pork, or goat) topped with mashed potatoes and then baked.

A basic pie crust is made by blending flour, water, butter and a little salt into a dough. As food blogger Pattie Garrett learned in a recent workshop at the King Arthur Flour baking school, keeping the ingredients cold and allowing the dough to chill for at least 30 minutes before rolling out eases the process and helps ensure a smooth, uncracked crust.

There is plenty of room to get creative with pie. For instance, Gomez Veggie Ville’s Lizbeth Gomez artfully blends sweet potatoes with butternut squash in a graham cracker crust. This combination makes a pie that is creamy and packed with a phenomenal flavor. As the accompanying recipe shows, it also is quite easy to make.

If you are in a rush to get the other holiday tasks done but want to serve a homemade pie, you can even find that at the Saturday market. Local bakers have ready-to-serve apple, pumpkin, cherry and pecan for holiday meals, and also frozen pot-pies to pull out of your freezer for a delicious meal any time.